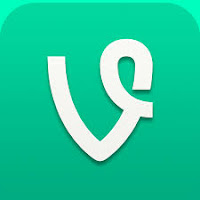 There is a lot of hullabaloo about Vine.

Honestly, there are a lot of social media apps I just don't understand.  Maybe it is my age.  Perhaps it's my lack of caring.  No doubt, a bit of both.

Take Instagram.  Except for picking some quick ways to use shading or borders on a photograph you take, what's the big deal?  Yes, you can send the picture places, but guess what, I can still do that from my camera roll.

And now there's Vine.  I think it was launched around a year ago, and then last October, Twitter purchased them for I'm what is an ung-dly amount.

Vine is an app that allows you to film up to six seconds (no, not a typo - 6 fucking seconds) of video.  I mean, if you're not Coppola or Scorsese, you don't have to use all six seconds of your allotted time.

I suppose, the bonus is, it can instantly upload that artistic content to Twitter or Facebook.  When you simply gotta have that posted RIGHT NOW!  ...and not in half a minute.

As of April 2013, Vine became the most downloaded iPhone app.  I don't know if that is still the case, but you gotta figure that is a hell of a lot of users.  Users doing lord knows what with six second videos, but it's happening.

Even what few apps I do pay for, to pay even $0.99 to upload six second videos is a crock of shit.  Of course, if I'm missing something with the app that is spectacular, please believe me Santa please - point it out my way.

Now, except for the upload part, I don't see anything you can't do with your iPhone camera and 28 seconds of time to post it to Twitter or Facebook.  I don't know about the former, but I know with the latter you can certainly upload longer content.

I did my one and probably own and only video I will make with the app. I'm not even sure I'll keep the app at all.

I very much appreciate your app reviews; most of them I try out/don't keep but thanks to you I've found a few I keep and appreciate. How much are your brokerage fees?

Though your dog is interesting, the video is not. Now I know to skip this app. I have apps that came on my Android phone that I have never used and it won't let me delete. What's with that? I find that most apps are useless, and not even worth the $0.00 cost.