At some point last month, I alluded to doing a new recipe.  It was soup.  It's Winter and I like soup. For me soup is comfort food. Over the last two years, I've been experimenting more and more with it - some for good some for great. I don't think I've made a bad soup yet.

Trust me, I'm not patting myself on the back, I'm just saying things turn out ok, even if they weren't as expected.

This time, I made chicken tortilla soup.

There are dozens and dozens of recipes out there - some broth based, some more cheese based. Truth be told, I love Max & Erma's tortilla soup, but it is a lot of cheese, cut with chicken stock. I don't think it is low in calories, which is why the few times a year I get it, I get a cup and now a bowl.  Make no mistake, whenever I go there, I always get the soup - regardless of time of year.

I opted to go with a broth based version.

No one recipe stood out, so I just made it on the fly, taking things from different versions, kind of making it my own.

Normally, my cooking posts will show you all the ingredients - and would have had I actually remembered to take a photo.  Ooops.  No worries, I will run through it here. 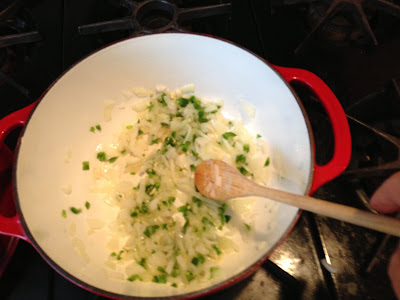 Saute one medium onion and two jalapeno peppers.  Most call for one, I used two and for me, there still wasn't enough heat. I'd have done three, or left some of the seeds to provide more power.  I also purchased an Anaheim pepper, which is mild, but forgot to include it. Duh. 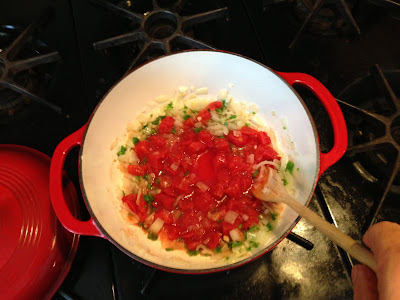 Next add garlic (I used 4-5 cloves) one 14 oz can of diced tomatoes and some cumin. I eye-balled the cumin. 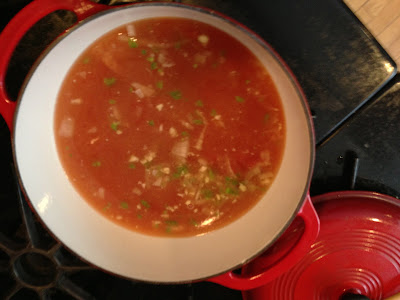 48 ounces of chicken stock, bring to a boil and then slip in three skinless, boneless chicken breasts. Some recipes had folks use a rotisserie chicken you can pick up at the deli.  Some had you seasoning and roasting a chicken. I'm not a fan of boiled poultry per se, but you know, it cooks in the broth for 25 minutes and adds flavour to the soup. 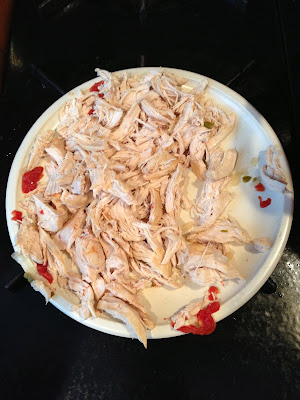 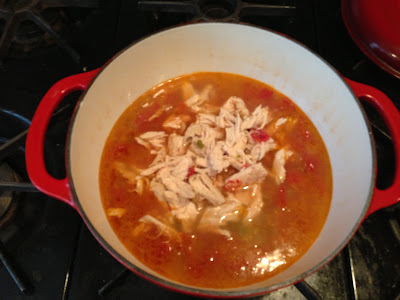 Just add the shredded chicken back to the soup.  Simmer until you're ready to serve. 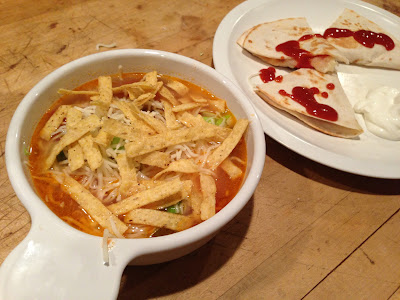 Dish up. I was prepared to cut and fry my own tortillas, but we had some strips and I was lazy but it worked. I also chopped some green onions and added on top with some Monterrey Jack cheese.

Overall it was good. The soup refrigerated well (serves 4-6) but it did lack spicy heat for me. Next time I will fool with that, be it with the peppers or additional spice. I'm not sure yet.  But it's easy and done in all one pot, and that's really what it's all about. Make it and make it easy.

I love soup, but my partner does not.
It is hard to make soup in small amounts; this entry was inspiring to try .

It looks tasty. I didn't get the cooking gene though. So all my soup comes out of a can, and I still manage to mess that up.