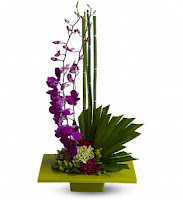 Monday was our 28th anniversary.

It kind of sucks having a January anniversary.  Not that there is anything wrong with staying in and spending it together, but now and again you'd like to go out.  But when the temperature is half the number of the anniversary date (i.e. 21 ÷ 2),  and the wind chill makes it feel 15 degrees colder than that.

We almost always stay in.

It was cold like that almost three decades ago. I remember it well.

We had a date and the next day I was headed to New York City  - where if I thought Columbus was cold, Manhattan was fucking frigid x 40.  Each avenue was a wind tunnel.  It was a miserable trip. Don't even start me on the post Serendipity visit!  A crosstown bus and pressing intestinal need almost caused city-wide disaster.  But I really couldn't wait to get back to see what date #2 might be like - or if there'd be a date #2.

Twenty-eight is nothing to sneeze at, but it doesn't seem like a milestone.

We thought we'd do something special at 25.  Go somewhere special.  We ended up going as far as DC and getting married instead.  That was a milestone.

Now we are thinking about our 30th and where to go.  Though I don't see us heading to Paris in January.  That is not my idea of fun.   Paris - yes.  Winter - no.

Oddly enough, 28 was fine to sit on the couch with the cat next to me and dog on 710's lap in a chair.  It was uneventful by most people's standards yet intimate - a true family time.  Both dog and cat were snoring.  Ours is a house of one of constant nasal distress.

It was cold inside too - but I think partially it was the howling wind outside that made me feel cold inside.  Or the tv crawlers saying somewhere between 8-20" of snow.  That is quite a gap.

Either way, I figure I've bought another year or two before I tell that story.  I should get it down though - you know, before dementia sets in.

Song by:  Kasey Chambers
Posted by Blobby at 1:48 AM

Email ThisBlogThis!Share to TwitterShare to FacebookShare to Pinterest
Labels: Anniversary

happy anniversary you lovebirds! nothing wrong with a little family time. with you traveling so much and it being bone-sucking frigid outside, home is good.

Wow, congratulations guys! While it's not everybody's cup of tea, I kind of like Paris in the winter time.

I would like to hear how you and 710 met. It would add a lot of context to who you are. Besides, I am living vicarioulsy through you, relationship wise anyway.

Yes you should get that down. As you get older the details change too.

Congrats! So you met and had a first date when you were 3 yrs old? progressive kid....!

Happy Anniversary to you both! And happy many more to you too!

For number 30, y'all should go somewhere warm, like... Australia! It's a little safer than Mexico. And you don't need to know Spanish.

Belated congratulations for your anniversary! It is no small accompishment to have stayed together for so long. Many, many more happy years together.

28 years is like, longer than I've been alive! Wow!

Happy anniversary! May you have more happy years together.

I am late to the party but I too want to join the conga line of congratulations !
I know how you feel - ours is 1/31. I wish we could pick these things.