It's that time of year - time to wrap up my year in about a dozen and a half pictures.  While not quite random shots, I try to make most of them ones you might not have seen in other postings - though you might have seen similar ones. 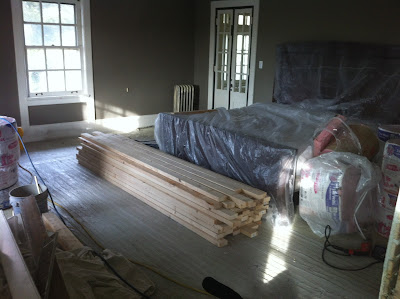 January - the master bedroom: staging area for our bathroom renovation. 3 moths from start to finish. 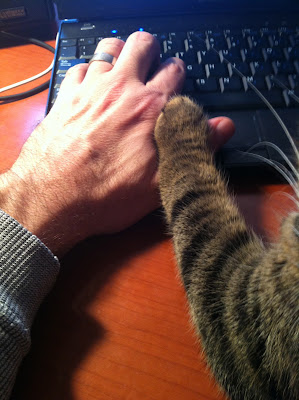 February - possibly my most favourite picture of the year:  Sophie's affection. 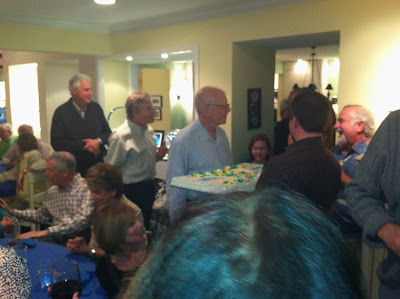 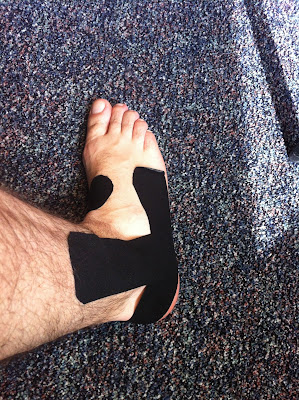 April - my one visit to a chiropractor for my tendinitis.  The massage and tape helped slightly. Tape was to last for up to two weeks.  It lasted three days. 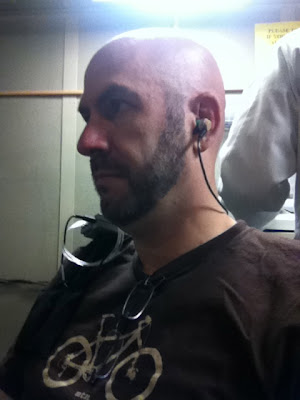 May - yet another malady.  My hearing loss.  While overall restored now, the ringing in my ears is constant....most likely never to go away.  CQ10 and zinc helped not at all. That was a failed experiment. 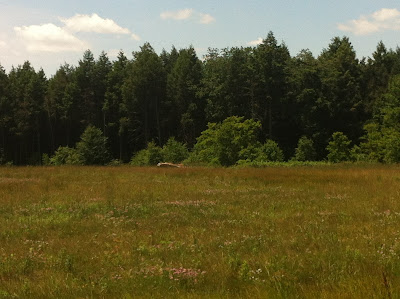 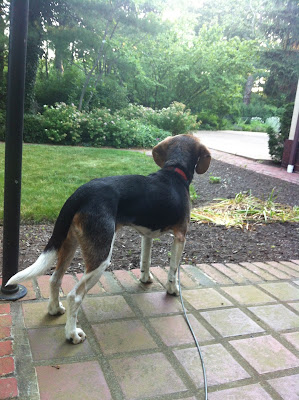 June  - Petey's first day with us.  Checking out his new surroundings. 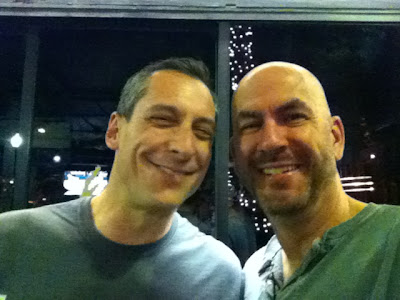 July  - meeting up with BosGuy.  Remind me, I still owe him two drinks. 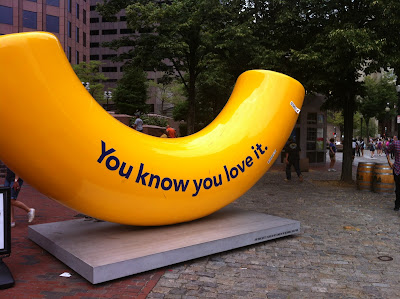 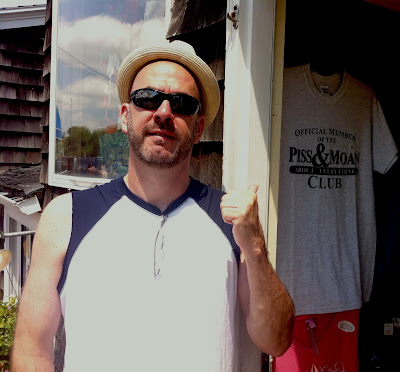 July - just hanging in Perkin's Cove near Ogunquit, ME. 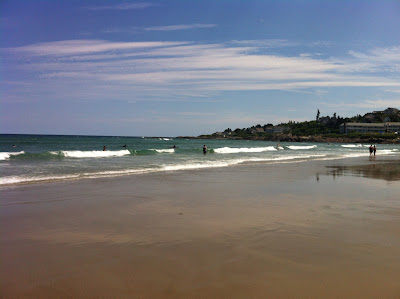 July - Qgunquit Beach.  I suggest going if you can. 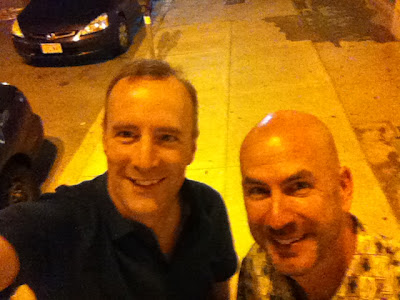 July - meeting up with Mike from his Short Attention Span Theater (such a short attention span that he has forgotten to update the site it for months!)

Remind him, I have a much less flattering picture of him I could have used. 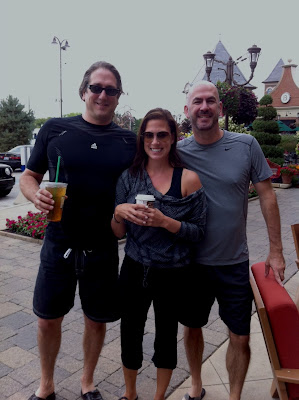 August - the cousins who yoga together...........
Well, no surprise, Betsy is embarrassed to be seen with David and myself.  We can't really blame her. 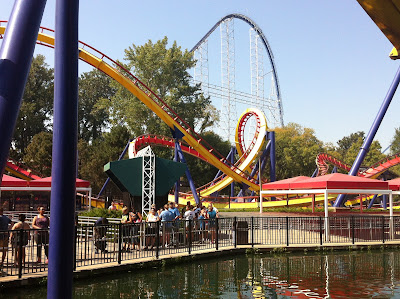 August - Cedar Point.  We eventually had a blast, but next time I think we'll do it with friends and not just ourselves. 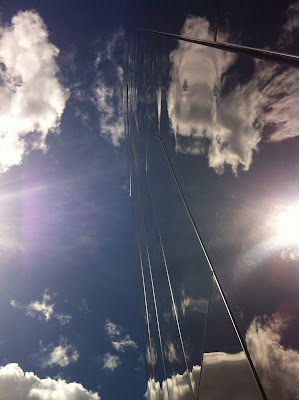 September - believe it or not, on the right is the outside wall of the Museum of Contemporary Art in Cleveland. 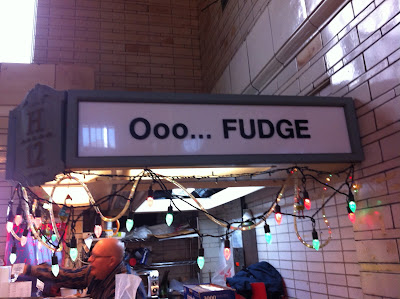 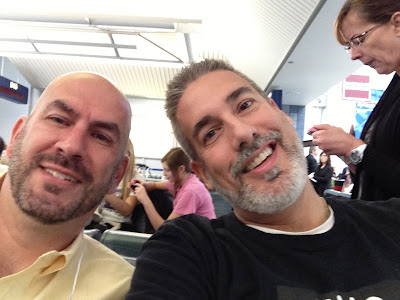 October - Inadvertent blog meeting with Christopher over at the Mangina Monologues. He was sitting at a gate at O'Hare. 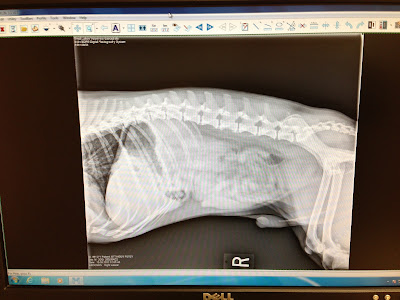 November - the month of sick Petey. He's all good now. 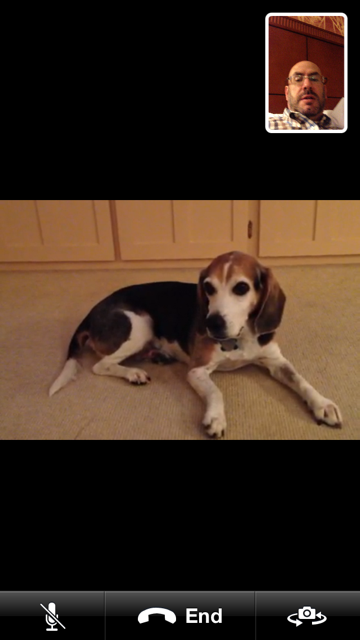 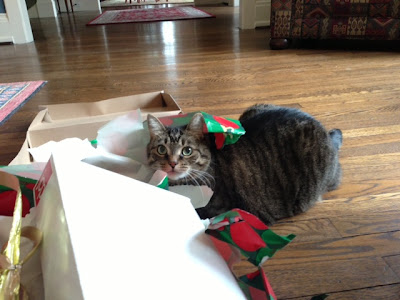 December - I can't have everything about Petey. I do have a daughter. Sophie loved the opening of the presents over the holidays.
Posted by Blobby at 2:13 AM

But in Feb are you sure it wasn't so much affection from Sophie as "Will you just STOP that! It's getting on my nerves!"

Blobby, it is so cool you've met so many bloggers. Someday we'll meet, I just don't know when. Have you made a decision yet about Delaware in March? If you go we can meet there, otherwise the next time we come to Ohio (next Spring) let's have lunch at Tommy's.

I love these !!
And yours is wonderful. I am still glad you have Petey in your life this year.

Great collection of 2012 memories. A less flattering photo of me? Do tell! Stunning portrait that it is, i'd have to say your photo of Petey's first day at our place wins PHOTO OF THE YEAR. A cash prize is on its way.

I STILL love that February picture of you and Sophie. My favorite.

I forgot about your ear ringing. I know you tried CoQ10 and Zinc (which didn't do anything for mine either). I randomly said something to my dentist about it when he asked (which was odd) and he suggested I try taking Niacin. Which I had been doing on occasion when that stupid tingly leg thing happens that I get. (Gawd, I sound old now.) After about 2 weeks of consistently taking a non-flushing version, I haven't noticed the ringing in about 2 months. Don't know if it's the same cause for you, but it's cheaper than any Rx I tried that didn't do a damn.