Since getting Petey, I've been to getting to pet stores more often than ever needed with only having cats. Treats. Beds. Santa. Food. You name it.  You know I hate to part with money, but I don't mind it for the animals. Totally worth it.

So last Thursday, when I went to pick-up the photos of Petey and Santa, there was an item behind the counter that made me laugh. 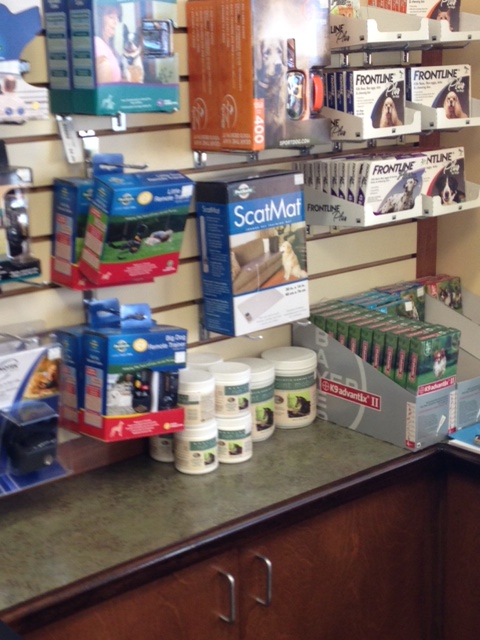 I don't think it has anything to do with the Sarasota County Area Transit and I don't think Ella Fitzgerald is associated in any way, shape or form.

They're animals - it's always about poop.  ...though that doesn't really explain Tornwordo.

As much as I am not thrilled about picking up after the dog, it's one thing to do it outside, but it seems to be another of scooping it up from in front of the couch. Ick.

Though the name made me smile, I still chuckle from the clerk catching me take the picture.
Posted by Blobby at 2:42 AM

When we were living down there every time we saw a Sarasota bus Greg and I would laugh our heads off. Thanks for the reminder :-)

I have used that mat - although it's actually function is to give a slight electrical charge (it uses 1 9 volt) when touched. I gave up hope of training my doggies to not jump on the couch and bark thus knocking down the curtains. So I got one and it worked in less than a day and 2-3 years later, they still don't go on that couch. I also used it to try to keep them out of the kitchen but they would just jump over it. Clever doggies.

Yes, I received my fair share of shocks - forgetting it was there and everyone who saw it had to touch it and get shocked to see what it was like. Lot's of laughs.

You so know me. Today did a lesson plan focused on toilets. Did you know there is a Restroom Cultural Park in South Korea? They also have a Golden Poop Festival. We also played around with the fart soundboard. Just google it.

I have always thought that acronym for Sarasota's transit was a serious mistake. They really couldn't think of something better?