Out in the Fields 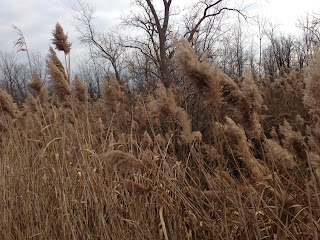 David and I took our respective doggies to the pet store to get their picture taken with Santa.

Like my go-around last year, this was Petey's first chance to sit down with the Jolly Old Man.

I was informed by the store it was the real Santa.  Oh, I've heard that one before!

The boys did really well - or as well as can be expected - sitting with a stranger, in a sleigh, with dozens of other dogs roaming the store (and the smell of treats everywhere!).

We get the pictures at the end of the week - don't get me started on that timeline or the package "deals".

But it was such a warm December day (55F), David and I went to the park to walk around with Petey and Ted. It was the first time the dog cousins met. Neither seemed to mind each other - so I take that as a win.

Petey already has been on two big walks before this one, so in theory he should have been knocked out afterwards - but later we did a fourth walk. ...and then he went out like a light. 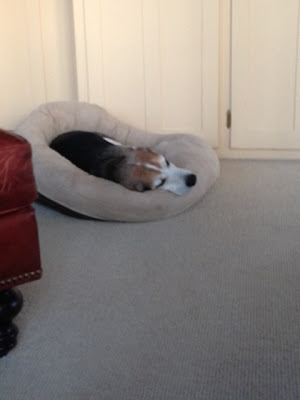 Song by: the Graces
Posted by Blobby at 5:38 AM

please post a petey/santa pic when you get them!

Can't wait for the pics - are they using digital???

Does no one use digital cameras in these places you shop? Where's the instant gratification???