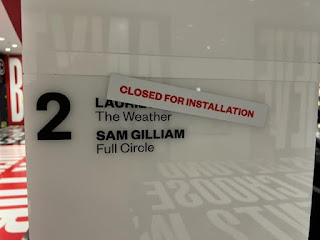 I had very few things I wanted to do in DC.  One, actually.  I don't ask for much.
Stop snickering.  i don't.
Laurie Anderson had an exhibit at the Hirschhorn (who knew it had two, well three, H's in its name?). So we trekked out there. Actually, we took the Metro and then trekked. I'm pretty good in the boot, but it is hot here and the shin portion isn't really that comfortable after a while.
Bummer of all bummers - Anderson's exhibt closed the prior week.
Sure sure, we saw some good art - though I'm not sure Sam Gilliam's was it. Yayoi Kusama had an exhibit there, and we went, but much of it was already shown in Cleveland over four years ago.
On leaving, we did go out to their sculpture garden - which is nice, even if it has too many Henry Moore pieces.
But they had an interactive art project:  the Wishing Tree. 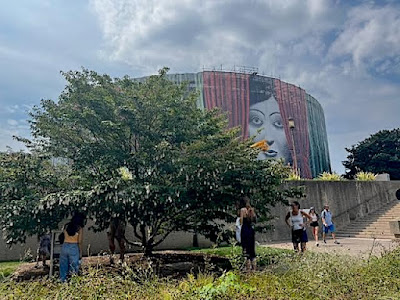 One writes down their wish or hope and ties it to a branch of the tree.  Simple.  Though they give you nothing upon which to write and golf pencils in which do it.
Mine wish came early and quick. I scribbled it down and tied it to the tree. 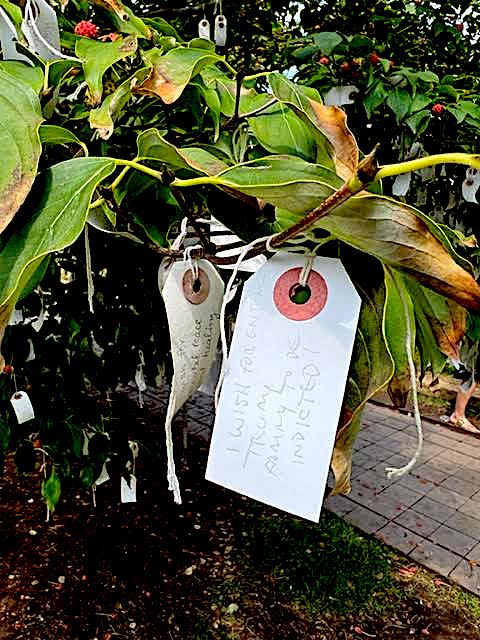 Uh oh. I hope 710 is not secretly a Trump supporter.

It sucks that you missed the Laurie Anderson exhibition. I am too mainstream to be in love with her music but she is such an interesting person.

The Justice Department is across the Mall, go encourage them.