I might have skipped this segment last month. I dunno - and too lazy to check.

While Twitter is not a new Site - far from it - Orenthal James Simpson being on it, is!

Like a moth to the flame; like passing an accident on the highway; like having to sample Madonna's HORRIBLE new album on iTunes, Blobby just had to take a look.

Blobby has a Twitter account but never knew exactly what to do with it. I'm not as hot at Gus Kenworthy and not as funny in 140 280 characters as Anna Kendrick.  I'll look at some things here and there, but post?  November 2011 seems to be the last time I posted. 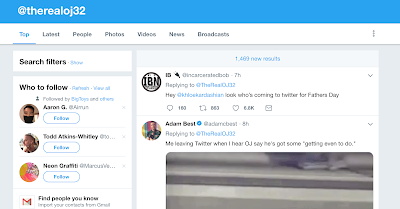 So, while the top tweet is HI-larious, it also links to the actual OJ site.......which, if you take a look (and unless I'm missing something) is the same screen name.

I clearly don't know exactly how this all works.  You can't have two accounts with the same handle, right?

I don't know what OJ is going to 'get even'.  Is he going to go after Ron Goldman's villainous mustachioed father?  Are Judge Ito or Marcia Clark going to be safe from the tweets?  WILL Cuba Gooding Jr. withstand the scrutiny of that OJ tv movie??  How will the late Leslie Neilsen fare?

The "fake" OJ page is going to be so much better anyways.   (I think I'm leading with the best post too.) 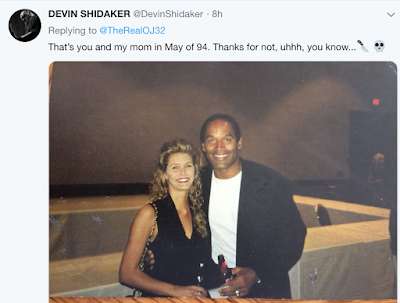 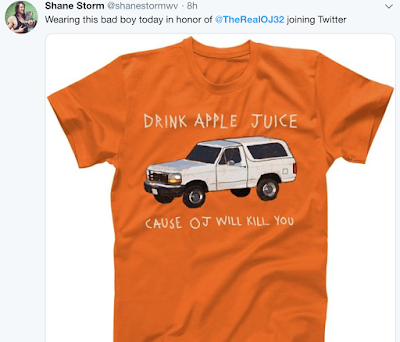 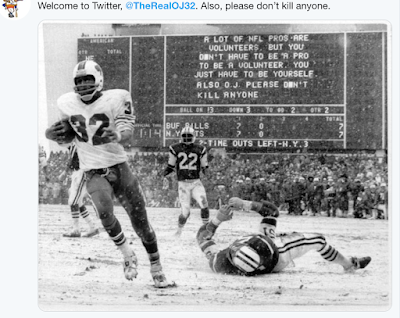 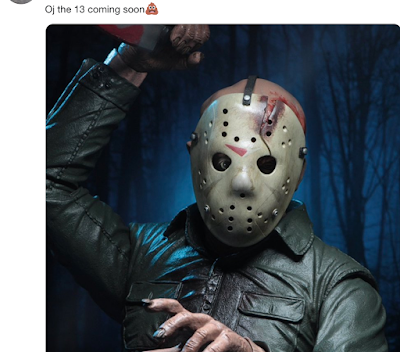 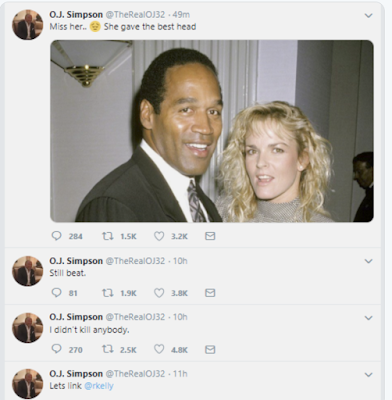 ugly murdering SOB; when is his conscience gonna crack (assuming he HAS one, of course)?