Cats and Dogs.  And it's been constantly raining, but not cats and dogs........so I didn't step in a poodle. 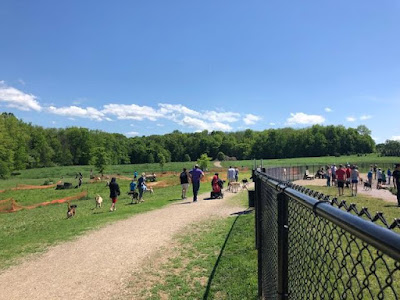 Shep being let into Canine Meadows.
It was most crowded we've ever seen.  He had a blast.  (his butt is closest on the far left.) 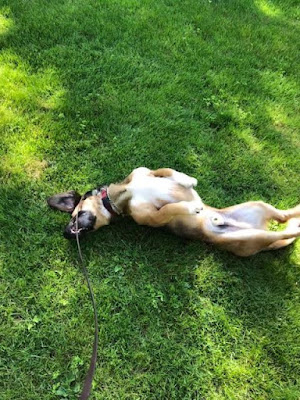 One lawn on our walk, Shep loves to dive and roll.
I have no idea why there. He doesn't come home smelling of anything. 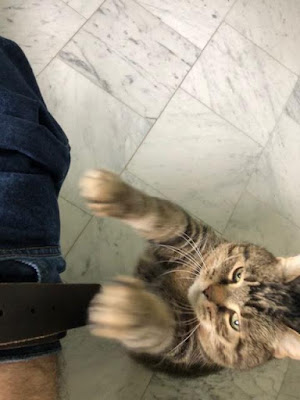 Soph: the jump and reach.
It's been a constant thing lately. 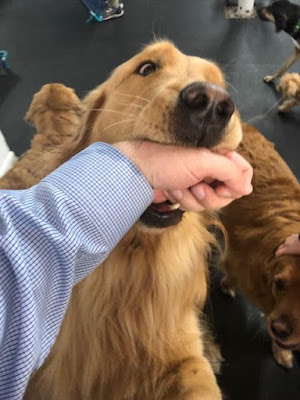 This is Henry.  Henry greets me most days at doggie daycare.
Henry likes to put my hand into his mouth.
Blobby is ok with this. He's very very gentle, even though he slobbers on my shirt.

All very lively - and every bit as lovable as they can be.

You put your hand in a dog’s mouth willingly? What next? Your head in a lion’s mouth?
JP

henry looks like a nice puppy.
and my gigi also does the paw and reach WITH CLAWS.
shep sure is a l-o-n-g dog.

I always like a dog that takes your hand, even with the slobber!

rolling down grass hills is one of life's greatest pleasures.