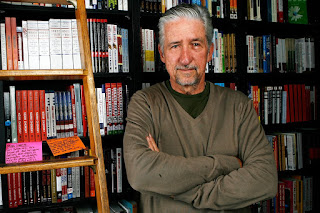 Death is all around. There's no escaping it these days.

We were in Maryland for a service for 710's mother. It was sad, of course, but it was a nice time while the family was all together.

My cousin's husband asked to that no more measures be taken to keep his life going. Yesterday they discontinued his ventilator and a short while later, he passed on.

....so that's another service I shall be attending.

Until 6-8 months ago, he was progressing somewhat nicely, but last week he put himself into Hospice. So......tick tick tick.

And yesterday that thing where "they" die in threes happened. All at once. And it wasn't even a Buddy Holly / Ritchie Valens / Big Bopper kind of thing. I have no idea who Bobby Vee is - but apparently he up and died.

The last one was the lead singer from Dead of Alive, Pete Burns.

I was never a fan of their / his music, but if you were gay and went to bars in the '80s, it was hard to ignore / miss it. And Pete became a spectacle with his plastic surgery. It was too freaky for me.

When I took my fag hag, Jannelle, to her first gay bar, the video for "You Spin Me Right Round" came on and she asked "who is this?".  I provided the band's name, to which she dead-panned, "I think it's dead.".

It can only go up from here....right?

Song by: Lucinda Williams
Posted by Blobby at 12:08 AM

Email ThisBlogThis!Share to TwitterShare to FacebookShare to Pinterest
Labels: Death

My condolences to you both.

Such losses. I'm so sorry for yours.

Sorry for your losses. For fear of sounding morbid, it seems the older we get the more death we'll encounter. I've had 3 losses within 2 months. I really hate funerals, but what are you gonna do?