It's a short pic week. There are only so many pictures of awesomeness that my iPhone can handle. 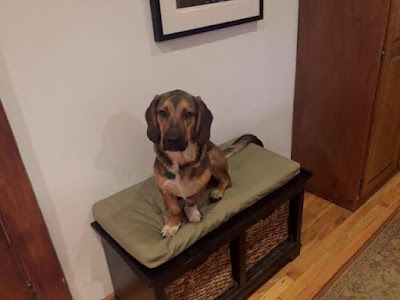 Shep likes the bench. Actually, he's smart enough to jump up there when it's time to get his harness on for a walk. He's very accommodating. 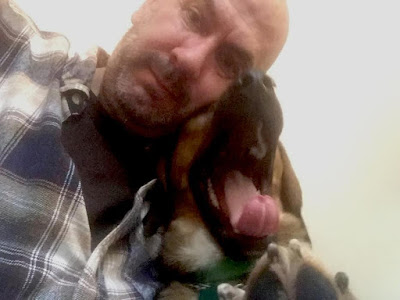 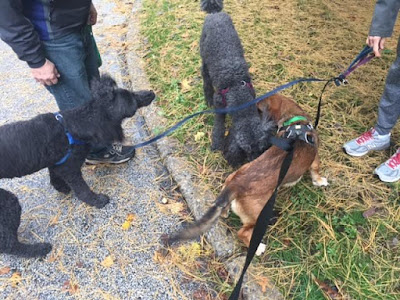 Frankie and Louis are Shep's friends. They're very intrigued by him.  Shep likes Barbara. Barbara has treats. Barbara thinks Shep has one of the best faces and nicest coats she's ever seen. Blobby loves Frankie - he's a love sponge. Blobby likes Louis too, but loves Frankie. 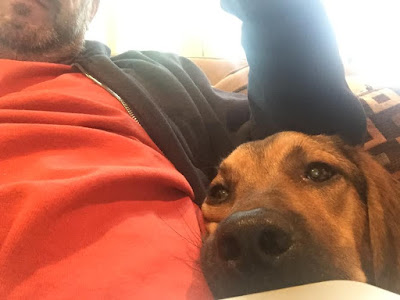 ...and when he's not playing crazy hard, Shep is a snuggler. It's frickin' adorable.

I can't imagine anyone with a heart not wanting to smooch up to him, and I know he'd give every bit as much back in return, the cuddly boy!

The last photo is priceless.