Bad Liver and a Broken Heart 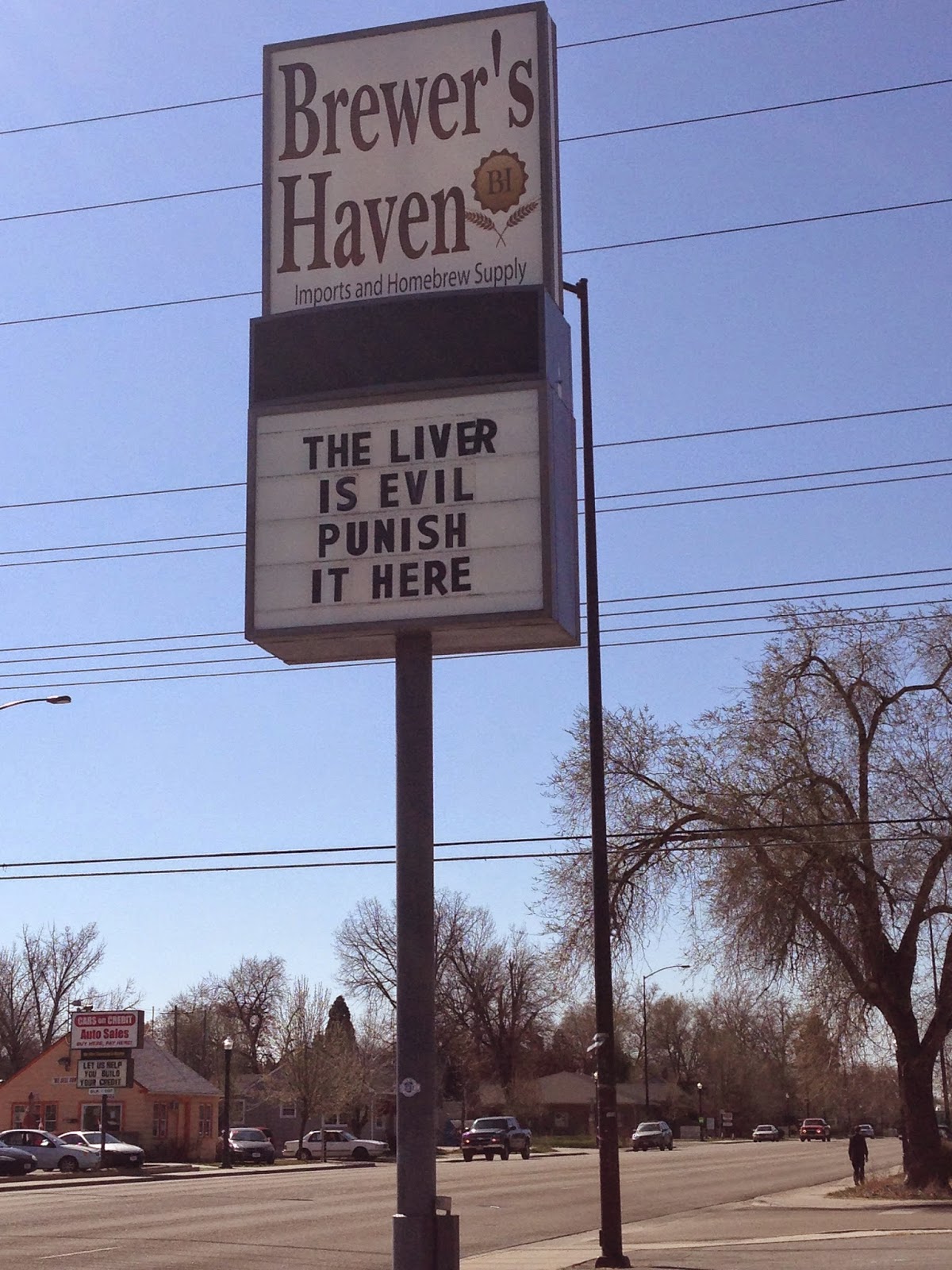 Oh, all us drunks make liver jokes now and then.

It's not quite as funny when two people tell you they have liver cancer. Then it's just awkward.

The thing is with cancer of the liver, many (but not all) people just don't get just that. Cancer that metastasizes to the liver usually has another source.

For one friend of mine, a blogger buddy, it was from breast cancer. She has known it had spread to both her liver and her spine. There was no way to stop it. It's quite sad.

You've read about Birdie here and here. You've possibly even been to her blog, when she had the energy to do her writing.

Betty was her real name and she was a woman of g-d, but a fierce supporter of gay rights and same-sex marriage. And I was sorry to hear she lost her battle with cancer two days ago.

She had sent me a message earlier in the week saying that Hospice had been arranged for a three to six month time frame. She didn't make it a week.

Betty's absence will be felt. It has been in the last few months already, as her energies have been going towards fighting her disease - as they should.

My other friend, well, finding out this was a little more unexpected. He was having pain in his gut. A scan showed multiple tumors on the liver, which led to wider scans. Sure enough, he has colon cancer, which spread to his liver.

Before he knew about the latter cancer, he went into dying mode, but not 'woe is me'.  More like: "I gave away most of my clothes, some really nice first edition books and I scrapped my music room and bought a fold out bed for the nurse I'll hire to take care of me in my final days".

I thought it all a bit premature, and told him so. He hadn't even seen an oncologist. Actually, he hadn't even had the second scan to confirm he had colon cancer. He researched ways to kill himself, so not to die a horrible death.

If he weren't so butch, I'd call him a big old queen....even though he's younger than myself. Barely.

So, he started on three different chemotherapies - two IV, one via pill. The onc doc said the tumors on his liver and in his colon should start shrinking with the first infusion.

Yes, the chemo made him weird. Neuropathy in the hand. Queasy. Lots of pain. But in the first two weeks, he no longer has pain in his abdomen. The tumor markers are down to 21 from 89. The normal level is <2.5, so he's on his way.

He had the second round of chemo this last week, to which I got this lovely text.... 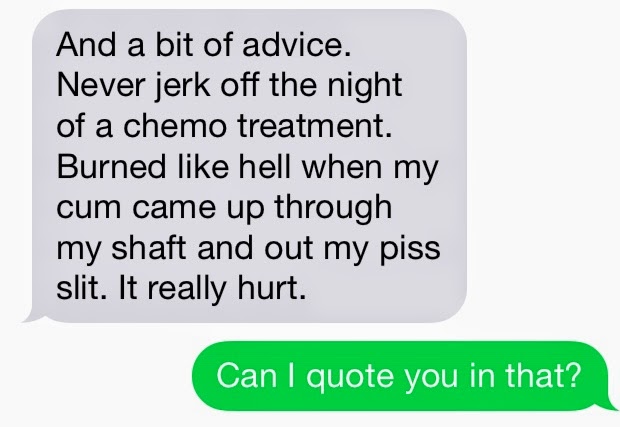 But doubtful we'll be seeing that PSA anytime soon.

Never having chemo after my sarcoma, I don't know all the side-effects, let alone regarding the ones of pleasuring yourself. And the side-effects are different for each patient.

So, it looks like out of two friends, one might survive. Neither position is enviable, but admire both for different reasons. I will miss one greatly, while learning how to be more appreciative of my friendship with the other.

I read about Birdie yesterday over on JMG. I've known of her through his blog for years. Sorry about your other friend bout hope all turns out for the good. At least he's got a good spirit about it. If it's gonna get you or if you are gonna survive it, either way you must have a good spirit. I know Birdie had a long hard haul, but kept her spirit. She was a blessing and someone that most Christians could learn from.

Oh no.
I did not know.
Thank you for telling me.
I went over to FB to to leave my tribute.
She was one of our Warrior Queens.
I feel very sad.

This made me feel both better and worse for my childhood friend having her second lung cancer surgery today.