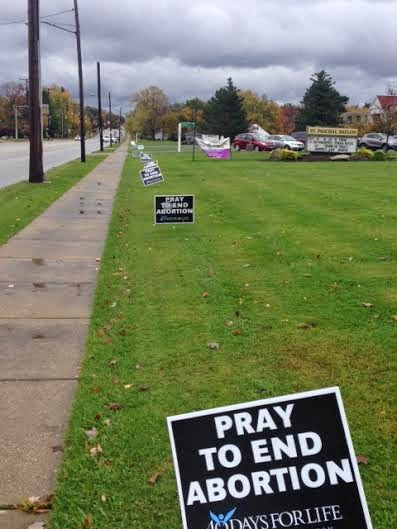 I won't pretend to be a scholar when it comes to religion.

I have never understood the 'power of prayer'. I chuckle at people's FB comments after someone says another person is ill or has died. "I'm praying for you...."

What exactly is the prayer for? Comfort from illness? A respite from dying?

People get sick and / or die every day. Even if all of them 'got prayers' some remain ill or pass away. Does that mean prayer is arbitrary on who it helps get better or lives?

Is that because g-d isn't keen on those who are being prayed for, or not keen on the ones doing the praying?

I made the grave mistake of reading a comment section to, maybe cnn.com, on that woman in Oregon who is planning to end her own life due to her glioblastoma.

Sooooo many comments said to pray to g-d for survival.....for a cure. Then one said, if g-d was going to save her, why give her a brain tumor in the first place.

If the bible is to be believed, we are all sinners. Believing in Jesus does not make you less of a sinner. I'm guessing hundreds of millions of born again folks got ill and died. Where is their saviour then?

And please tell me, oh wise trolls of comment sections: what sin must one commit to receive an inoperable, painful, disfiguring brain tumor?? I'd like to know what the proportional response would be for that.

I actually had to stop and take a picture of this Catholic (?) school not far from us.

To be fair, I don't even know that pro-choice folks pray for abortion. I'm sure a few have thanked g-d after the fact.

Let's forget the numerous illegal abortions that happened prior to Roe v Wade. But since 1973 it is a legal practice, like it or not. And since 1973 countless people have offered countless prayers (and letters to the editor) to end abortion.

41 years of praying and not one has been answered. Abortion still exists, albeit sometimes a bit more limited in access.

Has it ever occurred to these people that their prayers have been asked and answered?

Perhaps g-d has listened and made his decision.

Even if he hasn't, how many prayers is he waiting for to end such a thing? Does he need critical mass? Or are the wrong people doing the praying? Maybe he doesn't like them is just waiting for the right person / people so he can bequeath their request.

Either way, you'd think that a merciful g-d wouldn't allow the 'murder of life' to even become an issue that has to be stopped. So are the prayers a believers way of begging g-d to stop his hatred of the unborn?

I'm thinking the unanswered prayers are actually the answers. Ironically, believers are just not willing to believe that. Where is their faith??

And say you what you will about magic vs. religion - at least Jambi always granted your wish.

Song by: Garth Brooks
Posted by Blobby at 12:08 AM

"And say you what you will about magic vs. religion - at least Jambi always granted your wish."

"Has it ever occurred to these people that their prayers have been asked and answered?"

Probably not, because those folks tend not to listen to God.

I agree 100%. I grew up in an ultra-religious household where "keep asking and it will be given to you" from the bible was believed, literally. I earnestly prayed to be made straight. It wasn't until many, many years later that I realized my prayers had been answered, but the answer was no.

I now feel that praying has no real "power", and view it more or less as "wishful thinking".

... which makes one question the entire g-d story anyway.