Mr. Pete is on the mend.

His sutures came out on Thursday. He yelped big time and tried to take a nip at the vet tech - which is so unlike him. But to be fair, they did this in the lobby, not an exam room. I don't think the primary vet tech was that skilled at taking out stitches or securing the paw beforehand.

And a 100lb boxer / pit bull mix was desperately trying to crawl his way over to Petey. He was big and imposing, though doubtful dangerous. Still Petey didn't know what to think.

He has hair to grow over his wound. It's still pink and a little inflammation still persists, but we'll watch it. 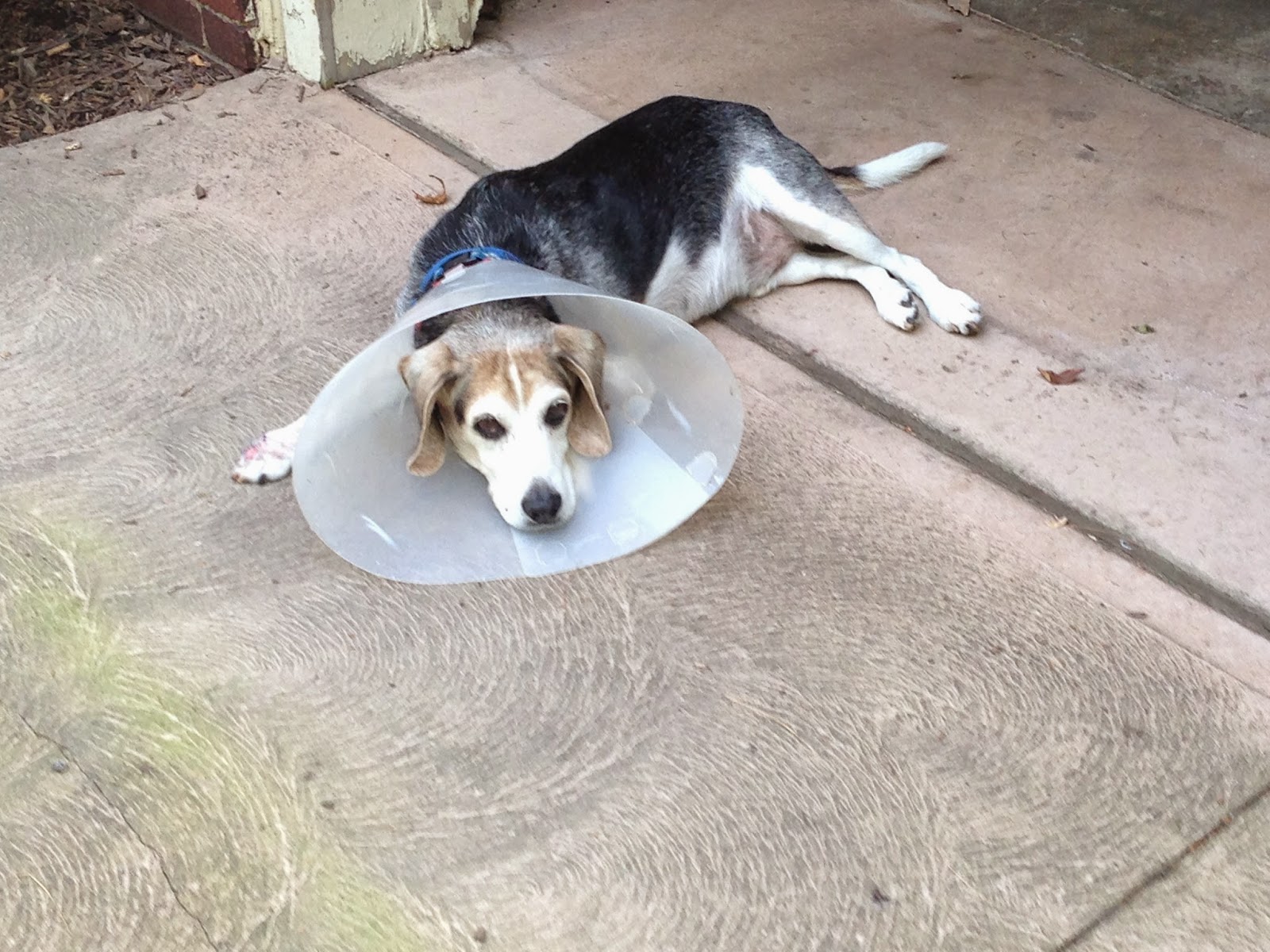 Hangin' on the drive after Uncle David paid a visit. I think he's sad that David left. 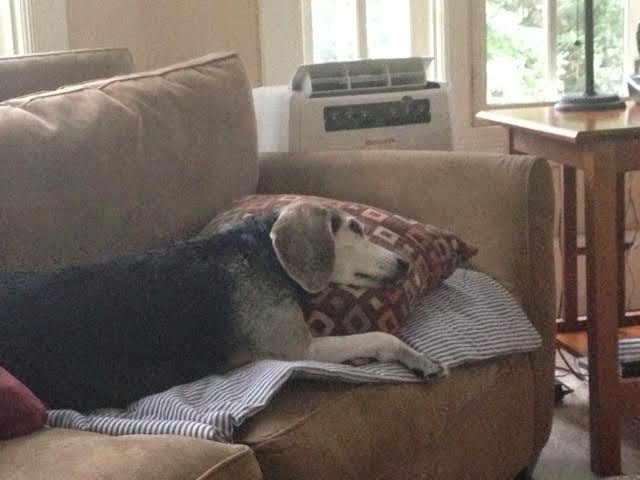 The pillow is 710's doing. He didn't think Pete would be comfortable enough without one. And he thinks I'm the softie. 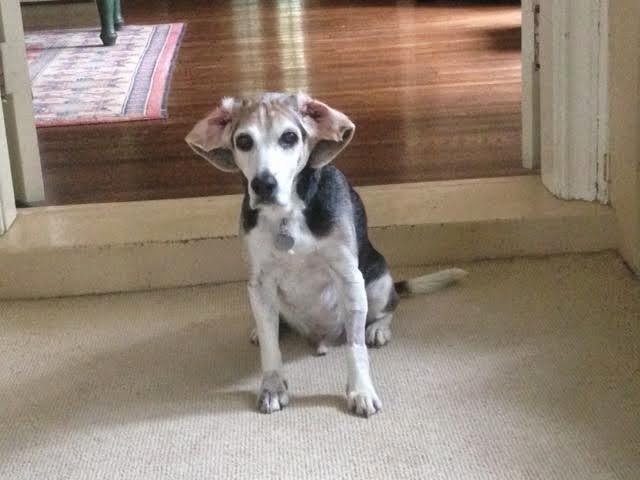 the cone of shame - horrible thing! hopefully his paw will heal quickly.

His cousins are waiting with baited breath for his visit. Baited, meaning their breath smells like bait.