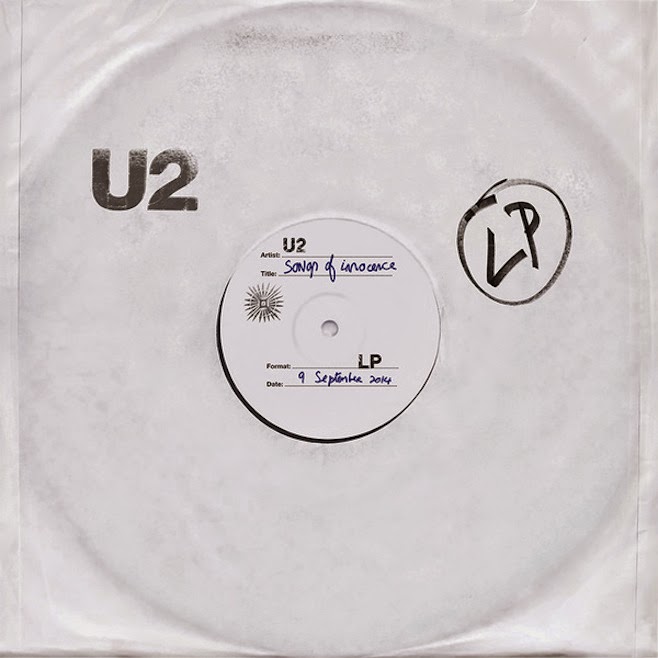 Maybe you already have this. If not, you only have until October 13th to get your free download, via iTunes, of U2's Songs of Innocence.

Or maybe you're one of those folks who somehow - and I still question this as reality - that Apple just placed in your iTune liberry automatically. I find that doubtful because it seemed to take me 3-4 steps to actually make it happen and people were complaining about a free disk. My lord, just uncheck the boxes or delete it from your files.....but apparently they couldn't figure that out either.

After October 13th the disk becomes available for purchase for people not using iTunes or who have missed the window of opportunity for the "free" download.

I say "free" because, well allegedly Apple partnered with U2 for $100MM, so that new iPhone 6 Plus or iWatch Apple Watch you're buying?  ..well....I'm sure an extra dollar of that profit is going to Bono & Co.

That said, for U2's first four disks, I was a huge huge huge fan. But then Bono got that "I'm more righteous than you" 'tude and those insufferable wrap-around glasses......and the band started to lose me.

Granted, during and after the Joshua Tree, they had some very good songs, but I'm not sure they had very good albums. At least nothing I wanted to listen to all the way through let alone repeatedly.

Early U2, for me, it was all about the lyrics. The music was good and it fit well, but it was about Bono's lyrics. With Songs of Innocence, it's not about the words. Ironically, Bono will say this is their most personal album yet - and I could not care less.

Yeah, I hear the lyrics, yet they don't resonate into any story he might be telling. It's more about the music. Hell, I'm not even listening to the lyrics that much anymore with them.

The record is mostly driven by the Edge and Larry Mullen Jr., they have a great presence. Bono's voice is fine, but the music has hooks and it's been a while since they've truly done that.

Always the critical darlings - which seems totally unfounded - oddly enough the critics aren't with the band on this one. Many many many sub-standard reviews, which normally I don't read. And I'm kind of going against the grain with said critics.

Sonically, the album seems solid. I love the lead-off song, "the Miracle (of Joey Ramone)", though I think that has more to do with the Edge than anything. Still it's one of their most accessible songs. "Every Breaking Wave" starts too much like "With or Without You", but it doesn't deteriorate the way that one did. I like it.

"Volcano" has a decent sound and beat. Sounds like something off Pop. "This is Where You Can Reach Me Now" is good too.

U2's troubles come with the slower tempo songs. I'm not that down with "Iris", "Song for Someone" and "Sleep Like a Baby Tonight".  They're just not hitting many marks. They are songs anyone could have done and they do nothing to capture a moment.

For a free disk, Songs of Innocence is not bad. I don't know I would have gone out and bought it had that been the option. I've played it a number of times, and nothing is bad enough to hit 'skip', but only half the album is VERY good. The other stuff is 'ok'.

I do chuckle at the album credits. I don't know that Bono needs to be one of FOUR keyboardists on almost every song - some you can barely hear any keyboards. Ditto with the guitars. Sounds like an ego thing.

If you want Songs of Innocence for free, you still have a few days to download it from iTunes.
Posted by Blobby at 12:03 AM

Maybe I'll get around to listening to it when it shuffles up in my playlists of doom...