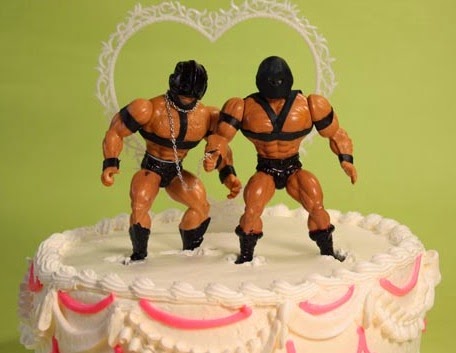 People of the same sex in Okla-fucking-homa can get married, but not in Ohio.

Mind you, I know the 6th circuit ruling on Michigan, Ohio, Kentucky and Tennessee is soon to be delivered, but that doesn't mean it will happen in the Buckeye State, even if the ruling happens in one of those state's favour.

Ohio's case in that court was about out-of-state marriage recognition, not overturning our ban.

However, Michigan's was. And as we saw this last Monday, that can (or should) trickle down to all states of which that circuit oversees.

I really do applaud Colorado. They could have fought the overturn of their ban, since they weren't represented in the case(s) that SCOTUS refused to review or hear, yet they opted not to fight and started issuing marriage licenses even before states that were told their ban was unconstitutional.

It is possible North and South Carolina could do the same. Ditto with West Virginia. But I suspect the farther south one goes, the harder the push-back against the Supreme Court and some lower court will rule with a stay as an appeal goes back to SCOTUS.

And the 9th circuit just paved the way for Idaho and Nevada.  ....with the possibility for Arizona, Alaska and Montana going with them. Montana! With all five of their gay folks.

Even if Ohio is lumped into a good (well, good for us) 6th circuit decision, I would suspect that our AG and Governor would fight tooth and nail to not allow marriage licenses to be distributed to guy/guy and girl/girl couples.

John Kasich will easily win second term as governor (because of a total fuck-up of the Ohio Democratic party not vetting what could have been a decent candidate) and it's quite possible he'll be looking at a bigger office for 2016.

The RNC / GOP can say how they are the party of inclusion and how much they've changed, but that's all talk. Their base doesn't want same-sex marriage.

Let me rephrase: the RNC / GOP says their base doesn't want same-sex marriage and use laws (and the percentages they were passed by) from a decade ago, when Ken Mehlman and Karl Rove roamed the Earth. There is much newer polling data, but that would be counterproductive to their end-game.

...and of course, these are only activist judges when rulings don't go their way. Convenient.

While it is sad that Ohio will now be left in the minority of states that does not allow same-sex marriage, I disagree with people who say it's only because the court system is behind. There isn't even a law suit in this state to overturn the ban that is before a federal court, let alone an appellate one. We will have to ride Michigan's coattails.

I'm not sure how much this means to me, as I am married. We are married. Recognition would be nice, but the U.S. Government recognizes it, even if Ohio does not.

There is a real line between social issues like this and the "brain drain" that we see happening in Ohio. The intelligent youth no longer want to be in an antiquated state.

Quite honestly, neither do I.  But for now.....I'm here and will be for the foreseeable future.

Our case in South Carolina is still going forward--Carlos and I are on the board of a group raising funds for non-attorney costs of the couple suing SC.
The judge in the case wants to hear from both parties by next Tuesday and she may make a decision that day.
And, from what I've read she is bound by the 4th Circuit's previous ruling that marriage bans are unconstitutional, so marriage could come to SC next week .... when Carlos and I are in Washington state getting legally married there!

Looks like we may have TWO weddings this year!

I lived in MI; I now live in AZ - neither are going to allow marriage anytime soon. Let's see who gets it first. AZ or Ohio.