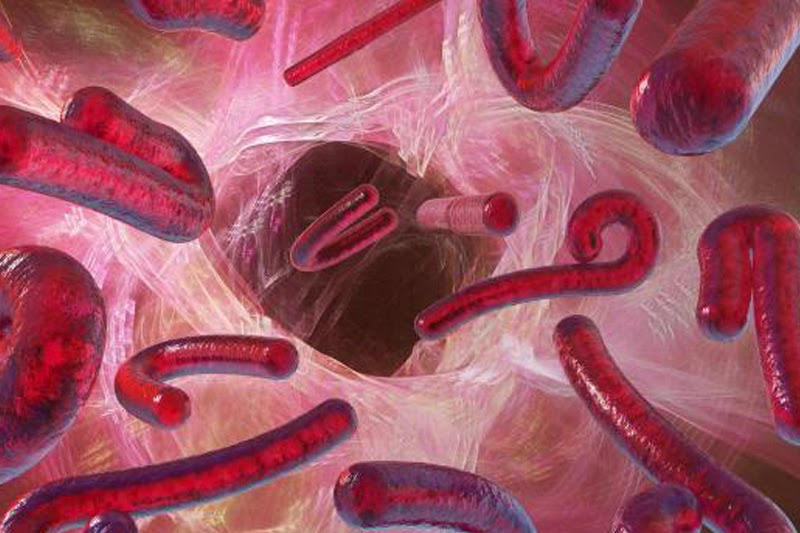 I'm not big on dressing up for Halloween, but if I were do such a thing this year, I'd go as a strain of Ebola.

That would scare the shit out just about anyone, huh??

While there is nothing to laugh at - in theory, of course - about Ebola, you know me, I'll find a way to make it all sound ridiculous.

I mean, more ridiculous than the TV news is doing, which will be a challenge for me. But I'm up to the task.

Cleveburgh made national news with the second nurse to contract Ebola after taking care of that first Dallas patient. The RN flew into and out of Cleveland after that patient died. She had been exposed, yet showed no symptoms. Or some symptoms, depending on what story you hear and what timeline to which you subscribe.

Cleveland is always always always trying to tie (inter)national stories to our little town. If it were Malaysian Flight 370, they'd dig up a story on how one of the light attendants has a second cousin twice removed who once lived here 14 years ago.

Maybe every town tries that shit, but it seems pervasive here with Cleveland media.

While the 132 people on the plane might have had some exposure, the CDC are saying it would be minimal, if any.

Since United cut back on 60% of their flights from Cleveland, I can almost guarantee you that no one at the actual airport was exposed. 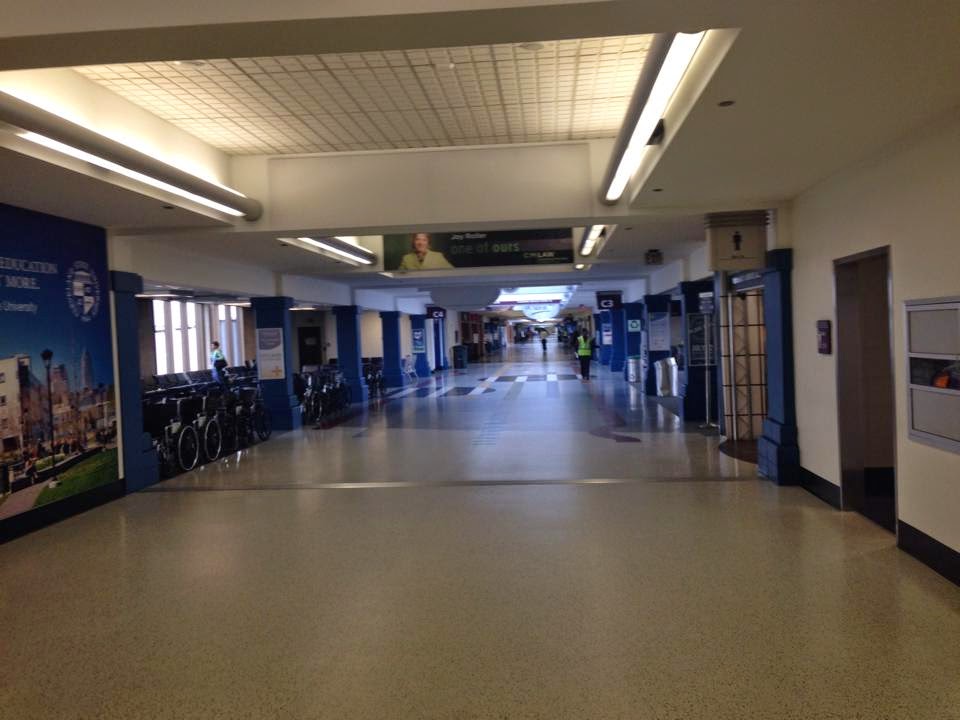 This is the view down concourse C in the middle of the day anymore. I had to catch my last flight at gate 27. I passed - I'm not kidding - 26 gates with no planes or people before I got to mine. There is no one there anymore. No one at Cleveland Hopkins is / was at risk.

Someone (ok, probably a few) people on FB got testy with me when countered the stupidity of the traveling RN. Yes, for the record she wasn't the wisest. Yes, technically the CDC didn't restrict travel for any immediate caregivers to said patient. But, even if they did, the CDC cannot control boarding of trains or buses, only planes, so.......there's still a gap.

Hell, NBC's quack doctor, who was exposed in Liberia, broke quarantine so she could go out and get fast food. She's reporting on this story from the petri dish that is Ebola and she does whatever she fucking pleases.

First, I said, "hell, they were flying Frontier.....Ebola was not their biggest risk taking that airline."

Anyways, some woman I don't know replied to my quip that if they didn't swap spit or weren't defected on by the RN, chances are they were safe. "What if the flight attendant touched the coke can she drank out of.....it has her saliva on it and then maybe she rubbed her eye......", she came back with.

First off, if the stewardess is collecting garbage and rubbing her eyes without washing her hands, she has bigger issues with hygiene. And I can count the flight attendants on one hand who just don't hold open the bag for me to drop the stuff into. Reach for my trash? Never!

Secondly, who can afford a $4.50 soft drink on Frontier Airlines? So I replied: "If I paid that much for a soda, someone should die".

I think there were audible gasps across Facebook Nation.

But another friend said air travel for healthcare workers who deal with these patients should be suspended. In ways I get that, but where is their quarantine? He found it fine they be allowed to go out to the grocery, theater, work or restaurants.

Let's just stick with work alone. For those who have never worked in a hospital, each employee comes in contact with hundreds of other employees per day (let's even leave patients and visitors out of this equation). Those dozens of employees then are in contact with dozens more. So wouldn't you have to shut the entire place down?

It's unrealistic. At least with airline itineraries, you have the manifest of everyone in the airport and planes. Not as much who was at the Piggly Wiggly when you went to get your Hostess cupcakes.

Of course, Cleveland has a love / hate with this story - it's horrible news, but they love to report it.

Two schools closed due to a precaution that one of the teachers MAY have been on a plane with this woman. Not the same flight......but the same plane. Sorry: PERHAPS the same plane.

So they closed TWO schools.

Cleveland media claims they hate to have to report this stuff, but then makes the entire broadcast / paper all about it, feeding the frenzy. Soon that 2nd cousin, twice removed, who lived here 14 years ago will be providing colour commentary for something they overheard.  It's insane.

The irony, of course, was less than 10 hours before the news broke of this careless RN. Please see story, top of the fold on the right. 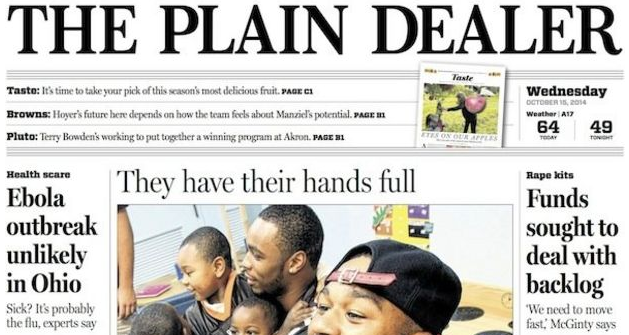 The bigger news is that LeBron hasn't weighed in on this entire thing.

Song by: matchbox twenty
Posted by Blobby at 12:02 AM

more people have cancer than this ebola shit.

When I lived in San Francisco, I was always struck by how the television news made every attempt to tie national stories back to the local area. I wouldn't be surprised to see that "right here in the Bay Area (as they always say), we have a person who was in Africa one day, and she didn't feel well when she got back. Turns out she was pregnant and didn't know it. 'I just thank God that I'm knocked up with Mbuku's bastard child and don't have that awful Ebola thing,' she told Eyewitness News, Live at Five."

The stories write themselves.

There must be something wrong with me too and I completely get your sense of humor and POV...I would probably make the same comments but I'm not on FB (never have been).

I do feel for many of the officials who must deal with the failings of those who are supposed to insure that outbreaks like this are properly contained. If they can't control the very few people with this outbreak then what can we expect when the inevitable real threat occurs with much easier transmission pathways? When faced with the choice of giving into hysteria like closing a school or not closing the school and then having a child die the lack of confidence/credibility (to tell the truth) in our officials makes hysteria based decisions understandable.

Good job on this post. It's so ridiculous. I was taught as a child to not cry wolf. Seems like a lot of people missed that childhood lesson, or maybe their school was canceled for no reason the day that was the topic.