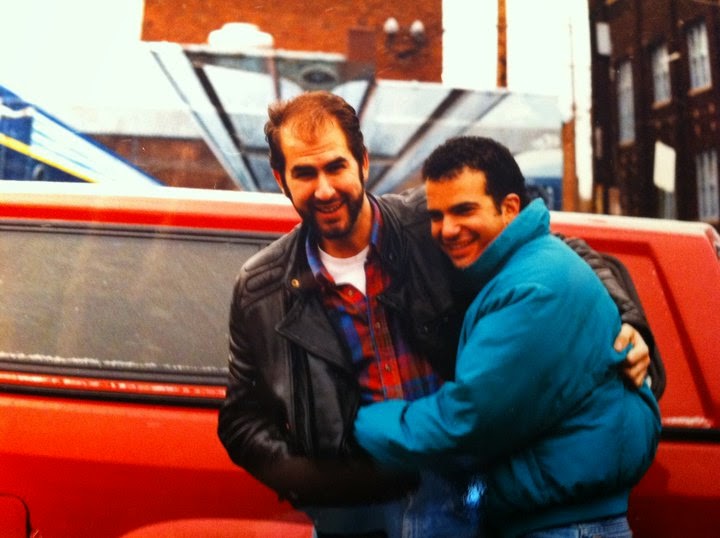 A very happy birthday to my friend David G.

I've known David longer than most all of my other true friends.

Yes I have a number of FB friends who go back longer than 30 years, but they are more classmates or fraternity brothers than true friends.

I get to call David today, which will make like 20+ uninterrupted years of birthday salutations and which annoys the fuck out of him (though I think he truly loves it). Mostly because, after all this time, he's finally gotten my birthday MONTH down.......but still has trouble pinpointing the date. Don't even get him started on the year.

I'm just going on record to say that he went to an Ivy League school.  ....but so did Brooke Shields.

10. William Shakespeare: His Poetry Rates A Ten
9. A Chemical Process In Three Stages: Lather, Rinse, Repeat
8. Girls With Thin Eyebrows: Hideous Freaks Of Nature
7. Cliff Notes Versus Monarch Notes: Two Views Of Hamlet
6. Circles, Flowers, A Smiling Guy: So Many Ways To Dot The "I"
5. The Pushy Overbearing Mother Figure In Literature
4. Pretty Leaves I Found Outside Somewhere
3. Black Americans: What I Hope To Say When I Meet One
2. Philosophy: Why Don't They Spell It With An "F"?
1. The Male Organ: What It Might Look Like

Eh - I thought I'd just throw in that David Letterman Top 10 list for fun.

Neither of us looks like we do in the above picture, as it was taken in 1991, though I still wear flannel shirts. This is Ohio, after all.

Here, David was leaving Columbus, where which he lived very briefly, to embark on a new life, with a new guy in....wow.....California? Colorado?  I'm thinking the former, but my mind is failing me.

The "new" guy is long gone (phew!) and David has been a married man now for seven or so years. Well, not technically in Arizona, where they currently reside.

But David and I have a bond that is unbreakable or unshakable....even coming down to losing a parent on the same day. Freaky, yet somehow apropos.

It is unusual but wonderful to have lifelong friends like this. Good for you, and happy birthday to David.