Year of the Cat 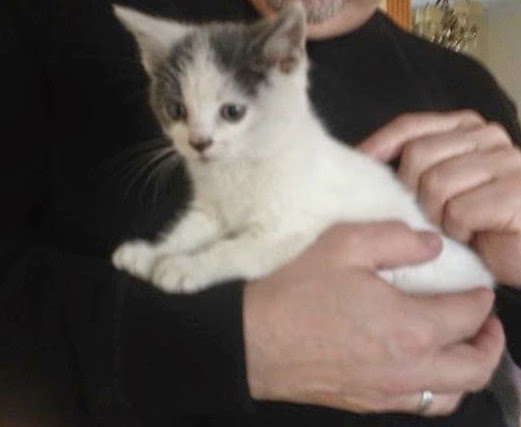 I thought I would give everyone a kitty cat update. I know you're all interested!

First off, my mother didn't like the name 'Gus', so for whatever reason, she went with Buddy.

That's ok, he's her cat. As it turns out, he really is her buddy.

Last Sunday, 710 and my sister did a check of the back-end and there is a socket and not a plug.

Also, my earlier assessment of Buddy's age is apparently all off. I said she was about three months old. My sister and 710 figure she might be about four weeks old. That made me feel sad that she was that young and on her own.

On the plus side, they say kittens need human interaction before week six to successfully bond with people.

I don't say Buddy is bonding with everyone, but she loves my mom - and that is really the important thing. Last Sunday, she was very very very comfortable in the family room with the five of us, but it was my mom she stayed next to most of the time.

We did put together a new vacuum cleaner for my mother and I gave Buddy the box. She had fun in it for a while. 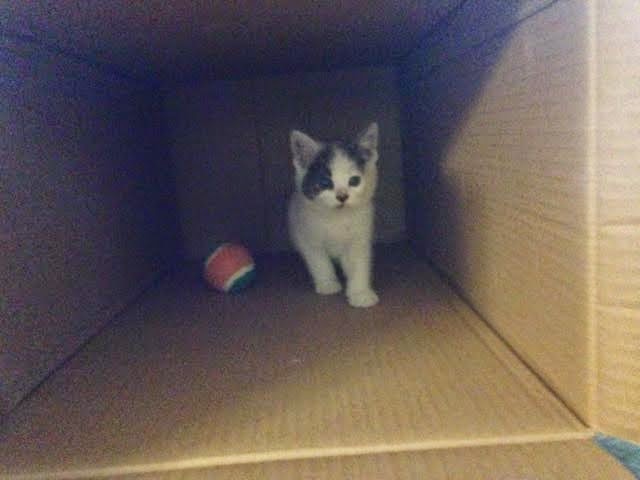 My mother is trying to teach her name with Pounce. I'm not sure that part is working, but my sister is bribing the kitten with treats. 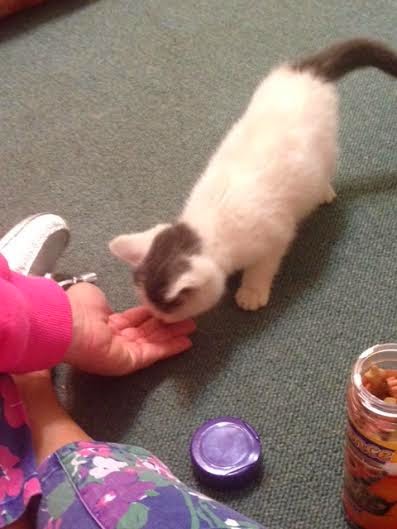 Buddy seems to have this ultra short tail. I'm not sure if it will grow or not. She also seem(ed) to have a grey undercoat, but the Furminator is pulling out some deep down dirt. She may have been outside on her own for longer than we know. Poor little girl. Except for her grey, she might be bright white. 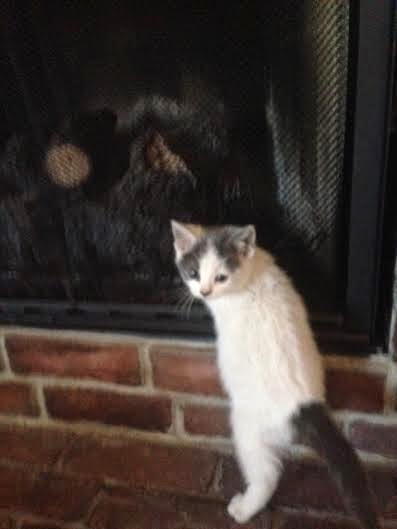 She is also fascinated with the fireplace. That can only end well!

Still, my mom has really taken to Buddy as much as Buddy has taken to her. She just curls up with my mother on chairs and sofas. And if my mother isn't paying enough attention to her, she gets bit. My mother that is, not the cat.

I'm not sure this entire situation could have worked out much better.

awwwwwwwwwwwwww, pretty girl! THANK YOU for rescuing her, blobby, so that she could become a real buddy to your mom!

She's adorable, and possibly a great Buddy for your mom.
But keep that flue closed because Buddy might be a climber!

She's so cute, Blobby! So glad you found her the perfect home. It does feel like fate.

Well...we had been looking into dog breeds appropriate for older people for my mum....you may have sold me on cats.

That is awesome!! Buddy is a beauty.

Mother and cat are fortunate to have each other.

Kitteh therapy is great, for both the kitteh and the human. I'm glad that Buddy has a home.