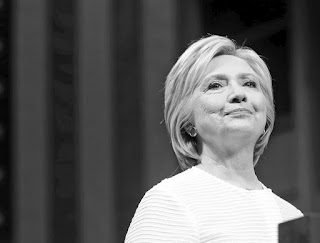 Colour me unimpressed by the New York Times' endorsement of Hillary Clinton.

It is well written for sure, if unsurprising.

I don't believe anyone in the GOP was expecting the Old Grey Lady to give the thumbs up to Il Douche.....and they'll use that to their news cycle / advantage.

The half-tards who will be voting for (t)Rump anyway don't put any stock in anything the Times has to say. I'm not sure the editorial holds much weight. I don't believe it will sway any votes to anyone.

On the other hand, if you read the article, the NYT mentions a subsequent article on Donny and why he's the worst candidate of any party in modern history.

Now that will be an interesting piece to read.

It's really the Cincinnati Enquirer's editorial that might have a few people prick up their ears.

For the first time in a century  - a century (!!!) - the paper is not endorsing a Republican presidential candidate.  They call (t)Rump 'clear and present danger to our country'.

This would be great, except then I realized this followers don't....and can't....read. And logical reasoning isn't in there wheelhouse.

All of this leads to a question:  has a newspaper endorsement / editorial swayed a person to vote one way or the other?

Back in the heyday of newsprint in the last century, yes I think newspapers had some sway with voters. Unfortunately today apparently only some Twitter accounts of bizarre creeps and Kim Kardashian's latest social media feed have sway.