Ad of the Month

I'm not saying all my Ad of the Month posts will have sexual overtones, but I won't say they won't.

The only times I've ever seen NCIS was on an airplane. I loved how they'd show their badge and yell, "NCIS" - like any fucking person in the world knows what that is / was. You know they'd just shrug and keep doing what they were doing.

So - I know this guy was in NCIS, but clearly is not anymore, as he seems to have his own lawyer show.

But oh - the double entendre. The innuendo. 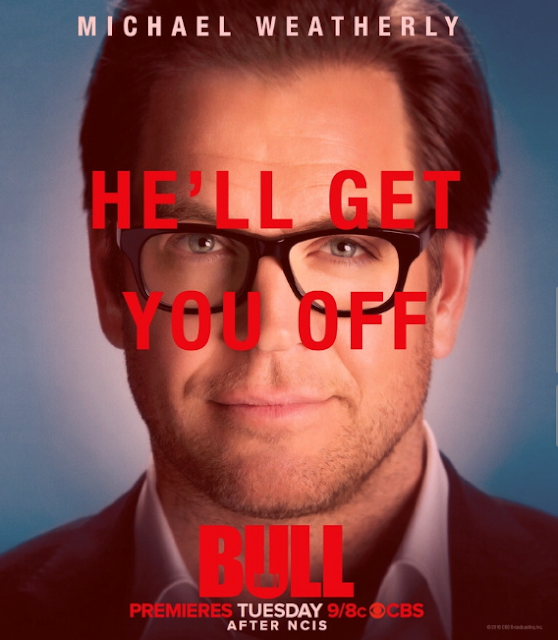 I was more surprised that the ad ran in last Sunday's Parade magazine.

Oh don'd judge. I didn't read it. But you flip through the electronic version of the Sunday paper and you have to get through it to hit the comics.

And I'm sure this is the closest I'll get to seeing this guy's show........unless I'm on a cross country flight with DirectTV.

As for him - it's questionable whether he could or not.
Posted by Blobby at 12:05 AM

Email ThisBlogThis!Share to TwitterShare to FacebookShare to Pinterest
Labels: Ad of the Month

His character is based on "Dr." Phil.
I'll pass.