Cough Up the Bucks 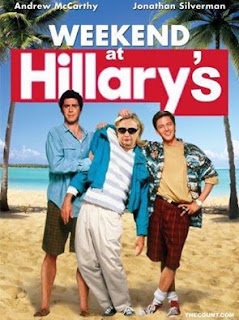 I was having breakfast the other morning with a well respected allergist and a nationally known pulmonologist. The meeting was strategic planning for the next 2-3 years, with the allergist mentioning how he treats people who come in with those annoying coughs.

Somehow that lead to that video of Hillary coughing a few days before she was "taken ill".

The allergist said - any doctor with any knowledge whatsoever knows that's not pneumonia. The pulmonologist was quick to agree.

I don't know the allergist that well, but the other physician I do and truly respect his medical opinion. And if anyone knows the signs of pneumonia it would be him.

Nothing additional was said, nothing political was truly implied. At least I don't think so. If anything it was more about how "doctors" will forsake their integrity to bow to pressure.

Now, neither of them said what the cough was or might be and I didn't ask. I wanted to, but figured that would start a political discussion and one I wasn't really willing take on. I have to work with these folks if they started spouting out (t)Rrump-isms.

Still, with the last month the Gulianis and (t)Rumps of the world hounding Clinton on her health, I'm not sure she could have fallen ill at a worse time - whether it is the sniffles or a stroke. The diagnosis doesn't even matter at this point.

Like it or not, that shyster (t)Rump went on TV with his medical equivalent, Dr. Shyster Oz with a note from his loony doc. And (t)Rump played Oz like a fiddle.  The note said he was fit as a fiddle - while Hillary convalesced. I'm not sure Il Douche could have had better timing.

I love that everyone is calling for 'transparency' and that this has been the least transparent election ever.

Not even by a long shot has this been the worse. But it's the 21st century and everyone thinks they're an expert in everything.

I'm so ready for November 9th.

I'm sorry, but any doctor worth his salt is not gonna diagnose anyone based on a video of them coughing. I mean, if that's how medicine works I'll just Vine myself to the local MD instead of making an appointment.