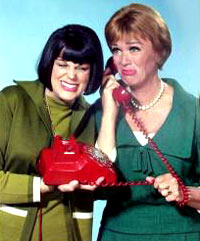 Oh, the old stereotype about the mother-in-law. Does it never get old?

I'm sure there are problematic mothers-in-law out there, but mine wasn't one of them. 710 wouldn't dare say anything bad about my mother - though he could.

Yes, I did use the past tense up there. Unfortunately, one of the nicest women I've ever met left us yesterday. It wasn't surprising, but it was still sad.

I suppose I should clarify that was my mother-in-law, not my mother.

Every Monday, 710 called his mother on his way home from work, and each call ended with Jane giving me her best and her love. I'd text 710 before he left work, "tell Jane I said 'hello'".

I first met Jane at 710's undergrad graduation....oh so many years ago. 28? I'm sure she didn't know what to make of me......of us. But she was pleasant. For first go-rounds, sometimes that is the best that can be expected.

But over the years, though his parents live out of state, we have hosted them here in our house and we would go back to 710's hometown often enough. Jane got to a place where it was not just a hug and kiss, but lingering hugs.

710's and my family could not be more different. Neither family is what I would call overly demonstrative. But communication styles are vastly different. I fought every urge I had to not be the bothersome son-in-law. Still, I was one who could (and would) call Jane out on some of her decisions. It was all done with humour and grace and she always took it that way. I swear, there was relief from other family members that silently went "oh, thank g-d someone said it!! followed with the silent, "and thank g-d it wasn't me who had to be the one.".

It never got me anywhere, but I felt better. Jane would laugh knowing this too.

Jane was first a school teacher, then a principal. She would tell tales of the home-schooled folks she had to supervise. It wasn't until then that I realized most home schooled texts came from Bob Jones University.  EEEEK.

She also had stories of working with Ben Carson on kids with developmental issues. She would just be dismayed that this great "Dr. Ben" (as they called him) became this lunatic that she found unrecognizable.

The teacher never left her, and that was nice.

She was always engaging and eager to talk politics or baseball. It was great to be around her and just chat. We loved her visits here, as we would go to the Cleveland Orchestra, or just sit and home so the cats could check her out...and vice versa.

710 and I got the first generation iPad for Jane. She loved it. She lived by it, as her eyesight didn't allow her to easily watch television or read. She listened to NPR via the iPad and it was her lifeline for a while. Just this last Spring, we got the new version, which allowed her to watch YouTubes and FaceTime with her grandkids. She fought the change, but secretly she love that one too.

During our last few visits, when it was questionable what or whom she recognized, each time we appeared, the light in her face just shone. She wanted a hug and kiss from each of us and was always glad we were there. It was great that when her kids were there, she was engaged.

I will miss Jane greatly, though. I'm glad she is at peace, but she will leave a void, though memories will help fill that.

my condolences on your loss. jane sounds like a caring wise woman. you were lucky to have her in your life.

Sorry for your loss; she sounds like she was a wonderful person.

"The teacher never left her, and that was nice."

... is true of most teachers I know and it's a great thing.

So sorry for the loss of your mother-in-law. I'm happy that you had such a good relationship with her.