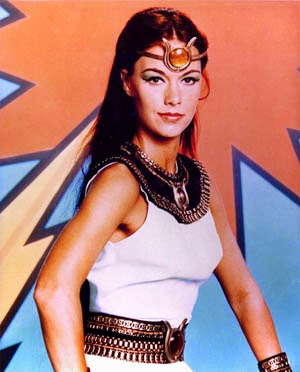 There is an upside to living in Cleveland. Our local newspaper, the Plain Dealer, is only delivered four days per week. Sure you can get it electronically every day, but I don't bother. If I look at news online, it's not from a Cleveland source.

Even the days the PD is sent our way, it is the shell of its former self - which wasn't too substantial to begin with. It registers the same as a weekly neighborhood paper that prints 'police blotter' and things about animal activities. Oh, and comics.

With people posting stuff on their blogs and Facebook, it's tough to ignore the news, but lately, if I could avoid it all, I would.

None of this can end well.

I'm not saying this is the End of Days, but if that so existed, this would what I think it might start to look like.

ISIS with their Iraqi and Syrian strongholds - and beheadings - and raising terror alert levels across the world and almost nothing gets done worldwide.

I am so tired of the GOP position that Obama is not moving fast enough on this issue - and wearing a tan suit whilst talking about it.

Obama is in a no win situation.

The GOP would have given him hell if he had done anything immediately in the first place and now they're raking him over the coals for not moving fast enough. If I were the president, I wouldn't be moving so fast with no commitment from other countries. I mean, look how well that worked for us in 2003.

How the fuck are Bush, Cheney, Rumsfeld, Rice and Powell sleeping these nights? I wouldn't doubt they see no correlation between their starting this mess and today.

But the GOP thrives on war, wartime spending and naturally, war profiteering. Screw the debt. Screw the lives lost.

I know the beheading videos are out there somewhere, but I can't watch. I saw some of the lead up of the captives being forced to talk, but in my mind, I thought the knife would be some gigantic thing that was wielded in Raiders of the Lost Ark market scene.  In reality it was much smaller and the brutality even worse than imagined.

The fear is ISIS will infiltrate the U.S. and UK. Terrorism is now here in the States, so I wouldn't be surprised if that was the next wave. But people can't bitch about 'how we can stop them here?' and bitch about NSA surveillance of communications here and abroad.

(btw, don't you love how the story of Germany tapping Hillary Clinton's phone, years ago, got completely swept under the media's rug, but it was such a fucking big deal when "we" were doing it to Germany and they were so appalled?)

It used to be, in olden times, when people, like the UK and the U.S,. did land grabs from the Indians - the whoo-whoo ones and the call center ones - there wasn't a 24 news cycle to catch them doing this in semi-real time.

I find it almost unfathomable that Putin can just invade the Ukraine, say 'not to mess' with Russia and saying they are a nuclear power to be reckoned with, we watch it happen.......and no one does a thing.

Oh, yeah - we did stop some trade. That so stopped the Russians in their tracks, didn't it?

But seriously, the subtle threat of nuclear retaliation if 'we' interfere. It is like there is this surge in madmen  - completely insane powerfuckers - who are taking over the world. He's like a villain in a bad Austin Powers movie (you know - the second and third installments) come to life.  ....and just as unfunny.

Still, with the possibility that Putin is mentally unbalanced, I wouldn't ignore his willingness to push that nuclear button. I'm not sure what he'd get out of doing that - since there won't be history books to talk about him after that launch sequence is successful.

It could be argued that Israel and Palestine have a similar situation as the Ukraine and Russia, but I'm not sure I'd buy that. I'm not sure the latter is a question of "is it our land or yours?". Russia's take on it it is: "it's your land but we're taking it. Fuck you". With the mid-east, the question of land and recognition are at stake - and at least the armies are relatively the same size making it a little more on equal footing.

And while I'm not thrilled with how the mid-east conflict is going, I think both sides have valid points -both on grabbing land and being recognized. But it's the incessant fire power both are using that is discouraging. Cease-fires mean nothing. It's quite sad.

It is hard to see any valid points from Russia's or ISIS' perspective.

While I'm sure the U.S. shouldn't be the world's policeman, even I am feeling it is harder to stay out of Syria, Iraq and Russia. Though I do love the homo blogs say nothing about Russia / Ukraine because it doesn't involve homosexual human rights {yes, sarcasm}. They were so up in arms over the Olympics but are mum about this shit. I get they are homo blogs and deal with homo issues, but it is not hard to draw a line to human rights abuse no matter who you are, yet it is ignored, because there is no guy-on-guy action.

Still with the probability that terrorism is on the rise, even domestically and the possibility of nuclear incidents, it is hard not to think what will be our tipping point into oblivion. I mean, besides another Beyonce album.

It should go without saying that I'd just as soon watch a slow, painful beheading video than see Jennifer Lawrence's boobies.

(the other people mentioned in that Cloud-hacking story, no one really has heard of, so they're just thankful for the publicity. Hell, their managers probably hired the hackers just to get their client's names in social media.)


Song by: Lindsey Buckingham
Posted by Blobby at 12:06 AM

Too bad the news sources don't follow the "Blobby Code."

I agree with you on every point, except about the boobies. Every fool, EVERY FOOL, knows you shouldn't take nekkid selfies if you don't want them to get out because they always get out.
That said, I don't wanna see JLaw boobies either.

I agree. A while back I began thinking that everything can be traced to overpopulation. It just stresses everything and is like a snowball rolling down a mountainside. One thing, little and of no obvious importance, starts rolling and it picks up more things and starts others rolling too.

As for the homo blogs, I think they expect readers to get other news from other sources - that's what i do.

What is happening is happening for a reason. Geopolitics is all driven by elites. What they tell you on the news is what the elites want you to hear. It is clear you do not understand the reality of these situations. But dont worry - they dont want you too.

Your better off not paying attention to the news.

Maybe we can hope for a global pandemic to take our minds off of all of this...