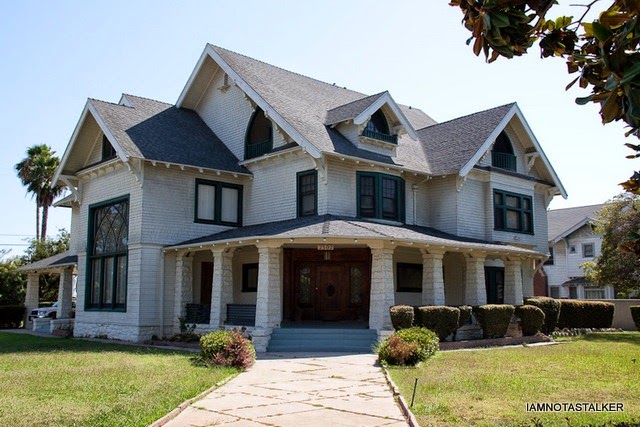 When I was in my early 20s (yes, way back then), my father threw me his car keys and told me to "go get my mother out of the trunk".

Apparently, that is where he had be keeping her ashes, while determining what to do with her remains.

We are in a similar situation. My mother has yet to determine what to do with my father's remains, and when, or if, to do a memorial of any kind.

Still, it was left to me to look for "funeral arrangements", which is just a nice way of saying find a good place for him to be cremated, as those were my father's wishes. It also included possible interment at the family plot. Oh yes, we have one. More than one, depending on how far back into his maternal side of the family you'd care to venture.

I actually started there. The cemetery in question is restricted, to a point. One must belong to two certain temples to be interred there. My father no longer belonged to one. But he was grandfathered in, as the plots were purchased prior to 1928.

Now that folks, is planning.

But the supervisor of the cemetery gave me a good lead on a cremation service. Still, I looked a little more local first - with one close to my mother.

Let's just say, as fucked up as Six Feed Under might have seemed, at least Fisher & Sons had the customer service aspect down.

The first local home I visited was empty. Not a car. Not an unlocked door. Nothing more than a phone number to call - not even in the same area code! - if you had questions. I had many, but it wasn't going to be for these schmucks. So it was on to the second one.

What did I want?, he inquired. Nice. ....and oh so professional.

I told him I just needed some pricing, since their website had none listed. "Well, I threw my back out, so that's all I can do for you!"

Jesus dude, I wasn't asking to you lift a dead body out of my car.

I had yet to compare any other pricing, but his seemed high to me. Oh - and that shitty attitude. I took the pricing list and left.

So I called the cremation service that was recommended to me. Little did I know that most funeral homes contract out cremation stuff. Most do not have their own - at least in NE Ohio. These guys only cremated their clients, they didn't take third party bodies.

Their pricing was less than half of the second funeral home for comparable services. And the guy was nice.

As my father stayed longer than anticipated, I slacked off on my duties of deciding on where he would eventually go. I finally got around to that the day before he eventually died {phew}.

My mother had "heard of" another home, so to say I had done it, I called them.

While their prices were even $112 cheaper than the other crematory, it was the woman who answered the phone's customer service skills that tipped my decision in their favour.

There is a per mile transport fee (who knew?) if going over county lines. She was happy to waive that without me even asking. She gave me information to questions I never would have thought to have asked. She gave me suggestions on death certificates and other paperwork, and told me to ask her anything later, even if we chose not to use them.

I won't lie, I liked that I heard her cellphone ring in the background. It wasn't that she didn't put me on hold to answer it (which you know is a 50/50 chance anyone else wold have), but it was the ringtone itself: a spooky theremin theme, like one you'd hear at the start of Dark Shadows or something. I couldn't help but start laughing.

I also couldn't help telling her, while I found it hilarious, that others might not be as understanding.

We went with that funeral home. My mother and Hospice were notified of my decision.

So yesterday, I went to go "pick up" my father.

This place was kind of sad. Almost like a storefront and not a Fisher & Sons type homw. The reception area was untidy. The 'chapel' was underwhelming at best.

But the funeral director was very kind as I filled out paperwork accepting my father's remains. He came back with my father and a U.S. flag folded military style, as my father was a U.S. Navy and WWII veteran. I thought that was a very nice touch.

He kindly asked, which I'm sure he does with all his customers, if I needed any assistance getting out to my car. I would guess many of his customers are very emotional and have potential to breakdown between the door and the car.

Unsure of what to do with my father, in case of a short stop where things go flying off the seat, I decided to continue a (newer?) family tradition.

My father is now in the trunk of my car.

somewhere your dad is smiling.

And I would have gone with Dark Shadows theme too.

Considering the subject I was smiling at the end.

I have odd traditions in my family, but I think you win on this one. :-)

If he is in the trunk, do you qualify for the Carpool lane?

I haven't had to pick up a parent yet but a number of years back I was asked by a dear friends family to pick up his ashes as they were all located out of town and to hold them until they made a decision as to when or where they were going. I carried the box out to my car and for loss of what to do, in case of a sudden stop, I placed them in the back seat and strapped them in with the seat belt.

We kept Duck's mother on our kitchen counter, for more than a year until we scattered most of her ashes, and we still keep some of here there. It may seem morbid, but it's actually very comforting - I talk to her all the time!

I wonder how many cars are traded in with a previous owner in the trunk?

Hopefully you don't get pulled over in the mean time and get searched. I could imagine the kind of questions ashes in your trunk might raise...