I just thought I'd start off with that. He's a little worse for the wear, but that is to be expected. He's limping - also expected.

The vet called telling me he had made it through his surgery just fine. They removed the cyst and put disposable stitches deep into the wound and more stitches on top of the paw, that will need to be removed in two weeks.

He also got his first ever dental cleaning.....and had to have four smaller teeth extracted.

At first I was worried about that, but the vet said, for a dog his size and age, having only four removed isn't a bad thing. She has routinely taken out 20 (!!!!) teeth at a time.

This of course let me to wonder how many teeth there might be in a dog.  The answer is 42. 22 on top and 20 on the bottom (or maybe the other way around.

So for the first day, HRH Peter had been getting carried here and there, as to keep weight off the paw, though he is allowed to walk on it. But the man likes to BOUND up the steps and jump off the sofa....and me no likee that.

But once home from the vet, he started eating immediately, which was good. And he's taking his antibiotics and pain pills like a champ. We'll try to keep him from becoming Liza or Philip Seymour Hoffman.

I slept with Petey on the sofa the first night and he did ok, though he wanted to do some serious cuddling, which is not his style. Unfortunately, so did Sophie. It was one crowded, and warm, couch for seven hours. 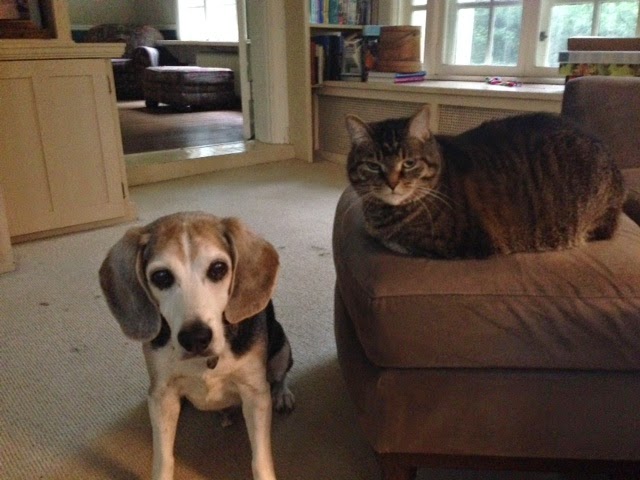 One pic of brother and sister the day before his procedure. 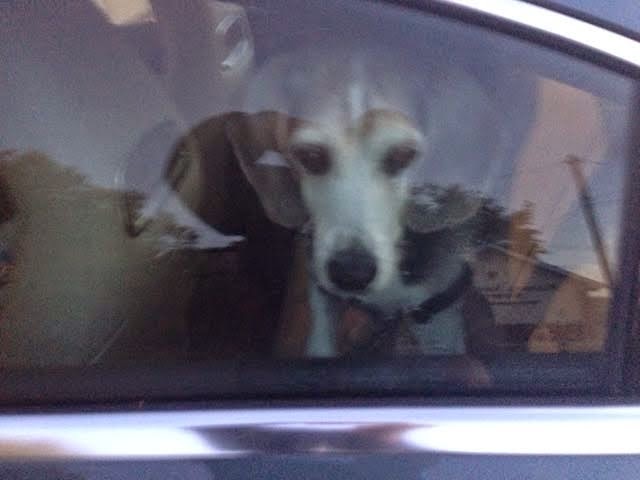 In the car, before I take him out of it and into the vet.  I'm glad he doesn't hold a grudge. 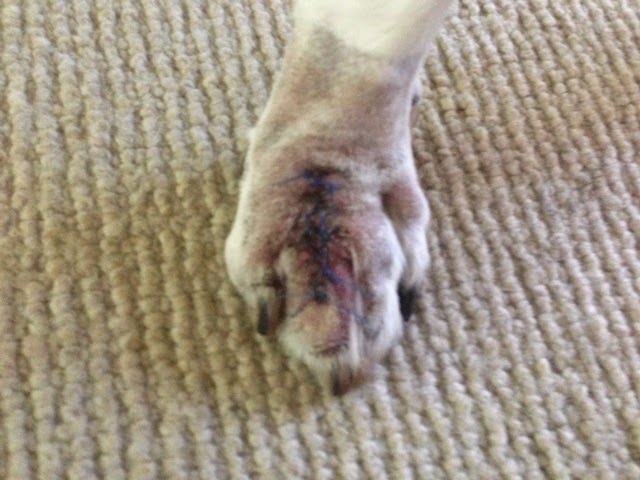 It's icky. But we are all dealing. 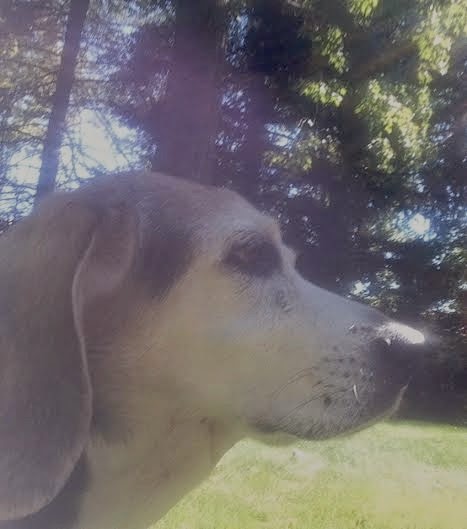 Enjoying some outside time. We're trying to keep as much of his normal routine as possible. His cone can stay off, as long as he doesn't lick. But it's on all night, just in case. 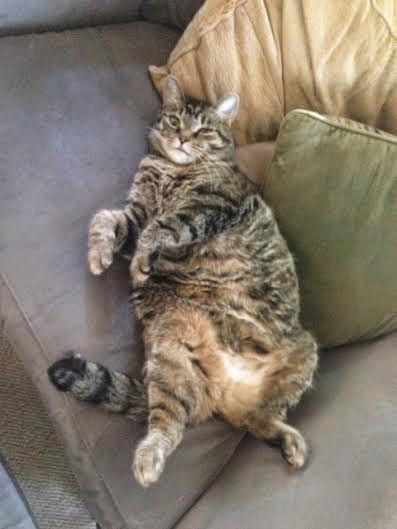 ...and just for good measure: Sophie at her most....um....comfortable?

the paw looked worse with the cyst; glad everything went well with petey.

Glad Petey is on the mend, and glad Sophie can finally relax.

Petey is completely adorable. Its easy to see why he's treated so royally.

I've been in the habit of reading blogs on weekends, 'getting caught up' as it were. So I missed the Pete ordeal as it unfolded. I too am glad to see Lord Four Foot doing better.