Tenderness on the Block 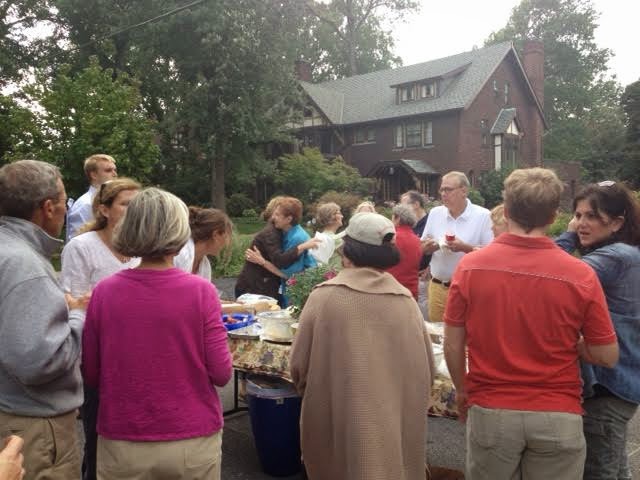 710 should probably try to monitor my alcohol intake at neighborhood events. It's not that he should be responsible for me, but clearly, I'm not competent enough to keep tabs on myself.

Unless I'm hanging with my sometime man-date, Scott, or with my oldest and dearest friends, my intake of booze is quite limited. In those aforementioned times, I can swing right back into my peak consumption times. It's quite a thing to see - though it is not always pretty.

Or even at a block party in the hood.

Perhaps 5-6 glasses of wine isn't a bad thing......assuming one partakes of the layout of food that was also provided.

Blobby didn't do that.

To be fair, there is only so much quinoa salad one can tolerate...and I think three different people brought one.

Usually there is a treasure trove of desserts, which made me halt my thought-process of bringing cupcakes......and almost no one brought dessert this time.

Oh fate, you are a cruel, cruel wench.

I had a few chips full of guacamole....and......well....that might have been it. Oh - no, I had one of the things we had brought (more on that tomorrow). Hardly enough to absorb any booze going into my system, let alone all of it.

I chatted with some long time neighbors. I got to meet one-half of the newest neighbors....though I saw the male half chatting with others (grrrrrrrrr!).

Still it was a nice time and we do have some really nice folk who live by us.

My favourite part of the day were the kids. I know.....I know.....I don't like kids. But some of them have clearly seen too many police / crime dramas. They were going around doing chalk outlines of each other.

It was funny the weird positions they were getting into. Very random. Very post-violent scenes. 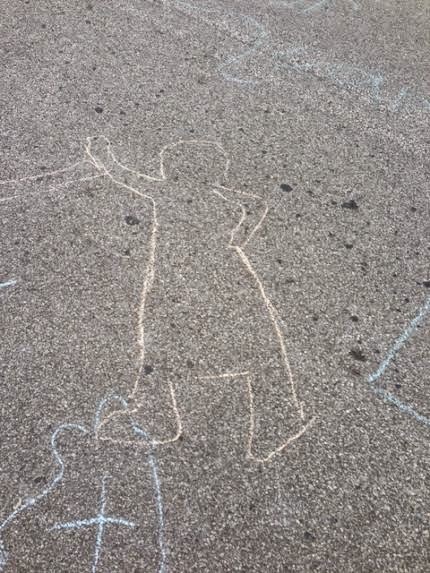 Or maybe I was more amused at this because I was drunk.

Had you gotten really drunk and, say, fallen down, there might have been a Blobby Chalk Outline on the street this morning!

It all sounds fun though.