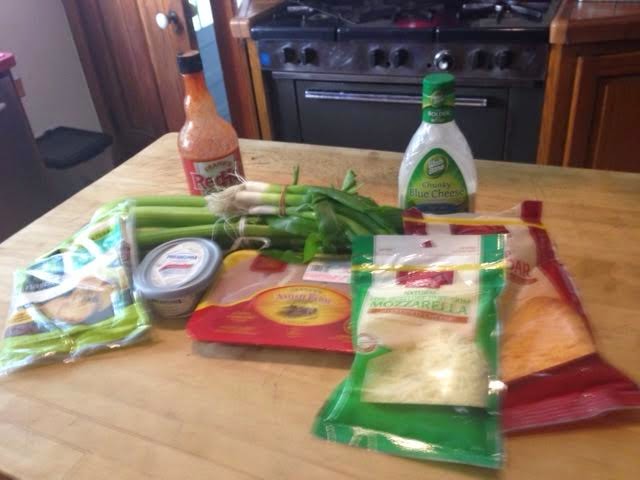 First off, let me say something about some of these pictures: they're horrible.

I know my food pics are iffy at best, but that's mostly due to staging and lighting (or lack thereof). But some of these are just out of focus.

I blame the iOS8. I've never had this much trouble with images before. But honestly, I have read nothing on if the new OS has affected the camera on the iPhone 5.

Since we had our block party, I had to bring something. I will say, I don't think anyone brought store-bought stuff. If they did they presented it differently as to make it look homemade. I've been guilty of that in the past. Most everything is appetizer-like food. Maybe a pasta, or yes, quinoa salad. Like I said yesterday, almost no desserts.

For our household, I / we went with Buffalo Chicken Wonton Cups.

They're great when hot, but they are just fine at room temperature. 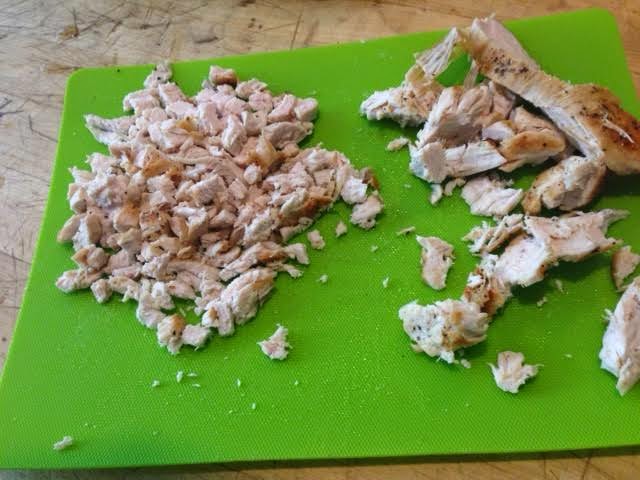 Cook the chicken in a pan (or you could roast it, I suppose). Once it cools somewhat, dice it or shred it. Since you're using a mini-muffin tin, you won't have tons of room for chunks of chicken.

The chicken should be a little warm to absorb the other flavors after you mix it in. 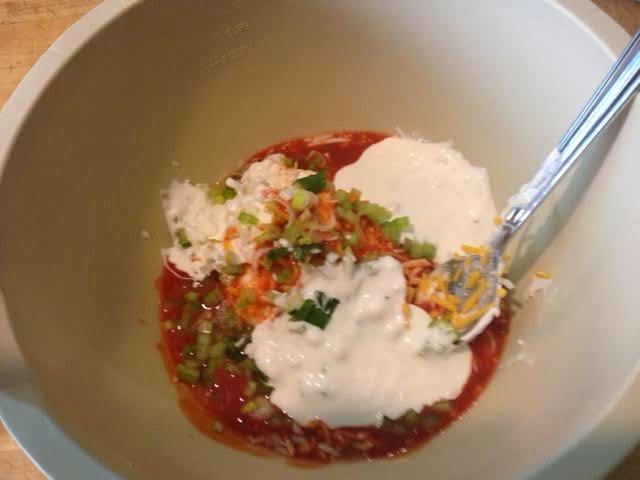 While chicken cooks, throw all other ingredients into a bowl.

After chicken is shredded, add it the bowl and incorporate everything. It's the cream cheese you will have to make sure that gets mixed in the most.

(I forgot a picture of everything mixed together.) 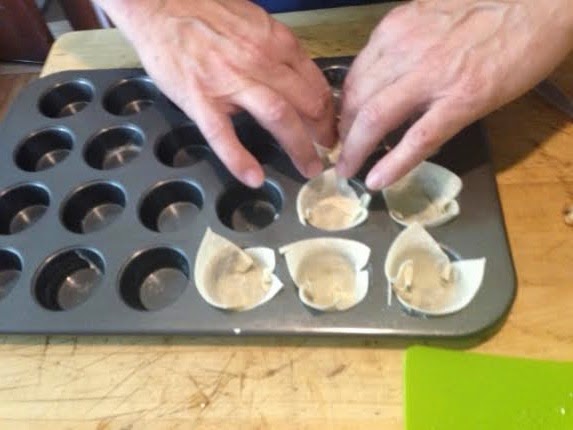 Oddly, I could not find wonton wraps, so go egg roll wraps, which might be a bit thinner. Since they came in 6"x6" sheets, 710 halved them into 3"x3" and inserted them into the mini-muffin tin. 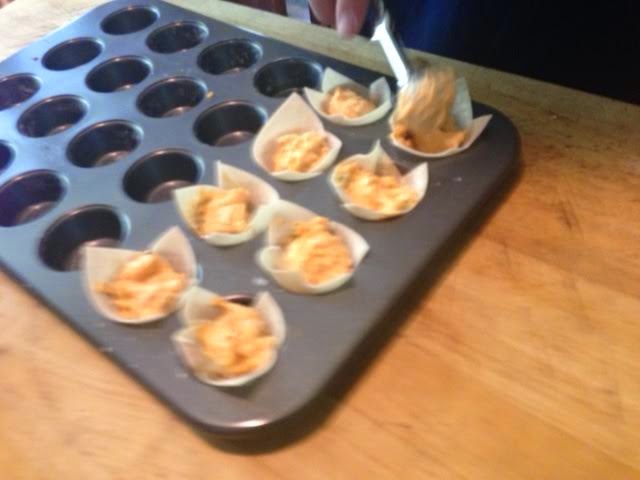 For even portions, we used a scoop to fill each wonton with the mixture
Bake 8-10 minutes at 375F. 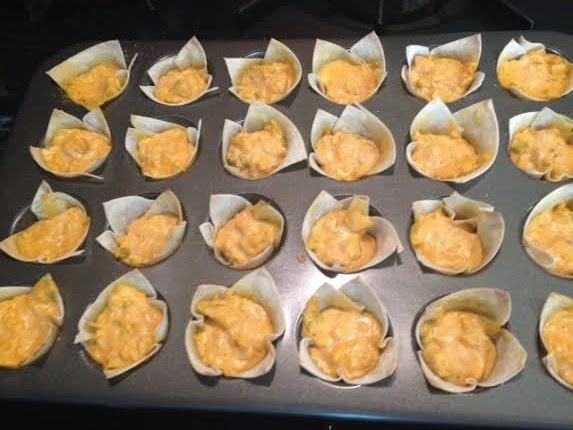 At least with the egg roll wrappers, they bottoms came out less cooked than I would like. So maybe keep them in the oven for another minute. Or let them set-up in the pan for a few minutes before taking them out to cool (or eat).

I did forget another picture of them all plated up. We also chopped some additional scallion to garnish the top.

While you could have a side of ranch or blue cheese dressing, I think it would make these messy. They are basically a two bite appetizers and by all accounts were good. I had one, and thought they were fine.

They have a little heat / burn to them, but not super hot. You can always add more hot sauce or decrease it depending on what you or your guests like.

We took 35 of them (we tried one at home to make sure they didn't suck) and we came back with an empty plate. I heard other people talking about them in a good way, and they didn't know I had made them, so they weren't doing it just to be nice.

Song by: Lindsey Buckingham
Posted by Blobby at 12:05 AM

bless 710; and these look dee-lish! wonder how they would taste with a bbq chicken filling?

What a great idea for a party!
That's added to my appetizer list.

Nice idea for a party or a night netflixing