I Need a Doctor 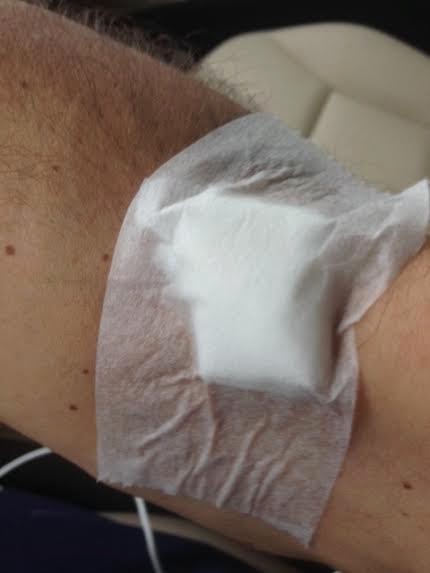 Dre's right - I need a doctor.

I got a letter from mine. Even before I opened it, I suspected the worst:  retirement.

Dr. T (and not his ladies) has been my doctor for 14 years. We had a good give and take. He never took me for an uniformed patient and I never gave him any grief.

But it was a relationship that took years in me getting him to the level I wanted. And it was such that I could and would bypass his nurse, secretary or scheduling staff to talk to him or get things I needed.

Granted, when I used to work at the hospital, he got a hold of me to get things he needed.

Now - for better or worse - I guess I'll be auditioning new docs.

Obvi, I've seen other docs in the practice, but none who have wow'd me. And some of those guys are gone. There are a few docs I've seen, but none who'd remember me and if they said they do, they're lying.

But 710 is right, I don't have to select one right away - or even at this practice. Try one out, he says. So I'm auditioning, I guess.

With Dr. T (and not his ladies) we had it all worked out that the bloodwork orders went in weeks before my exam, so we'd go over results then. It seems logical, but you'd be surprised how many physicians do not do this.

I won't say I had to argue this point when making this appointment, but it had to be a persuasive conversation. They eventually acquiesed to my thinking.

So yesterday, I went to get my labs drawn - since I had to fast for 12 hours. I'm not a big fat pig, like brettcajun eating Brownie Brittle, but I don't normally go that long without food or drink.  Still I lugged my unfed self to the office hoping to be first in line. No luck.

You know me, you've seen pics of my blood draws before, but this phlebotomist was having none of that. Maybe because he didn't want to possibly be documented giving me a hematoma. But he said taking pictures was not allow and "they" were cracking down on such things.

First, I'm not breaking any HIPAA crap because if twas me taking video of me. I could have argued this point, but he was the one with the needle about to stick me, so my phone went in my pocket.

Then he said I needed to provide a urine sample. Really?

In 14 years of getting labs here, no one has ever ever ever ever asked me for one. I say so and he goes on to admonish me saying, "if you're getting labs, you should always be prepared to provide a sample for blood, urine and stool. ALWAYS !!!".

But I didn't have to go and told him so and that the office never told me they put in that order. To which he told me again to ALWAYS be prepared to give one.

What a freak show.

He took my blood and a little bit of my ego and I slunk away (slunked?)

So far, this does not bode well for keeping my business here. I'll go through with next week's appointment and see how this physician visit goes, but my search for a doctor might continue.

Ugh - I cannot believe I have to break-in another doc.

Hmmm, well you should be able to at least provide a 10mL urine specimen, I would think. Even 30mL with a bit of time.

Stool is a different story, unless it's just a smear. That is a sort of too much or too little situation for me, personally, so I would need to know in advance what was expected.

However, it sounds like Nurse Nellie was getting his bitch on, and I'm sorry you are on the market for a new PCP. Best of luck.

when I fired my original PCP about 3 years back, I signed up with a woman who had just opened a PCP office near my home.

she's FABULOUS! she even takes blood/specimens IN HER OFFICE; I don't have to go to a separate lab! AND she accepts my insurance plan (very important).

ask around your healthcare co-workers for a recommendation.

(2nd para) Does he really insist on his patients wearing uniforms? ;-)

Yes this is a no-fun endeavor. One has to interview a few to find the right rapport. I see this all the time: someone having to transfer due to move/new insurance or a retirement. I try to be extra sensitive and admit it is hard to follow such a doctor.
I hope you find a good one.

I'd fire that doctor and his staff. Its pretty simple. You can now go to a CVS or Target for basic tests and care. BTW, never needed a urine sample there either.