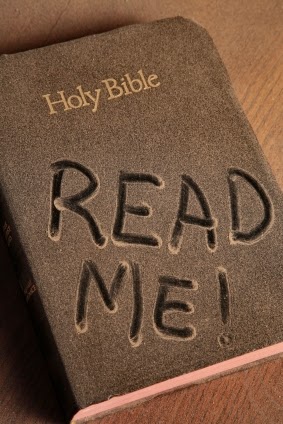 Where it is somewhat safe to assume I do not know the entire contents of the Bible, you'd be wrong to assume that at a 30,000 ft level, that I have some comprehension of the text.

I'm not talking about just the Leviticus shit people pull out to put down homos.

I mean, there are whales and pillars of salt. There is human sacrifice, plagues and resurrection. There is incest and thievery. There is prostitution, human trafficking - you name it.

And yet One Million Moms are against so many things - you think this book, it would be the first one they'd start with wanting people to boycott and ban. Even burn.

Hell, the Book of Revelations alone is best reads out there.

Without changing a single word, a screenwriter and filmmaker could make the most epic movie ever.  And yes, I would assume Gerald Butler would be bare-chested in that cast somewhere.

And I would guess it would be the Christians who would claim to know the Bible so well. But what would they be willing to bet on that? And if so - how much?

Like I said, I'm a well-read man. I couldn't tell you one chapter and verse of this book by memory and am even too lazy to look up John 3:16, even though it is at every fucking sporting event ever. Ok, maybe not curling, but.....you know what I mean.

Still over a few decades, regardless of your religious upbringing, you hear some of the stories and can kind of guess how it all ends. But again - do people know it as well as they think?

On reading an article on if Jesus actually existed, since the Bible is a book of tales that were relayed from the past - how much of him (if any) is real and how much became mythology.

Don't get me wrong, I think the Old Testament is full of tall tales too. Fire. Brimstone. Wheels in the sky. Apples and snakes. You get the picture.

So the SotM is on how well do you know your Bible stuff.

This quiz deals specifically with the New Testament. And I would venture to guess that every person who takes the quiz gets it wrong. I did.

I thought I was crazy. So I took it again. The results were the same. WRONG.

YAYZ, I didn't get any answers correct! because who REALLY gives a shit about these fairy tales?

It soon dawned on me that this is quite a cunning quiz.
I've read the Bible (as well as the Koran) regularly for around 50 years, and one chapter (or half) every single day for something like the last 20. It (and the Koran) brought me to a happy 'enlightenment' in turning me from a zealous Christian into a perfectly reasonable atheist, and for that I'm grateful and is why I'll continue to read and question it. The margins of my King James Bible are now littered with interrogation marks - and "Why?s" and "Eh?s" and "Really?s" and cross-references where one passage contradicts others - and multifarious notes.
So I reckoned my knowledge of the Bible, and the Gospels in particular, would be likely to be greater than most (but not all) peoples'.
It came as a surprise, then, to find that I was also going to end up on the test with a big fat zero on the test. But long before that point came I realised what was happening. I bet EVERYONE gets a zero on the test no matter what answers you submit. The quiz is pulling out sections where the Gospels DO have two (or more) varying versions of the same event. Both answers are 'valid' in that they both appear in different Gospels, so no matter what answer you pick it will always be 'wrong' because it will show that the other, alternative answer appears in another Gospel - and that one is shown to be 'correct', when in fact they both are.
I await to hear from anyone else who gets a score other than zero.

Btw: I like your take on 'Revelations'. It's like an uninvited imposter gatecrashing a party, reading like the author(s) were writing under the effects of magic mushrooms or similar! Are we all supposed to take it seriously? Sadly, I think it's a 'yes'.

I was wrong.
But that's okay.
It fact, it's damn fine.

Raybeard hit it on the head. I took it, noted my answers then took it again answering the other answer. Got a zero both times. It is citing passages that differ on the "facts". If in fact they were facts.

Spoiler: I love how ALL the answers were incorrect, thus highlighting the inaccuracies all through the bible

I recently took some courses on the old and the new testaments. The author pointed out most students of his haven't a clue about what is really in the bible, and when they do learn they are often disappointed it doesn't gel with their wants.

And this is why I prefer to believe Grimm's Fairy Tales are true as well.