This is a tough year - mostly due to so little inventory of which I have purchased. I like most for which I've laid down money, but nothing has been an our of the park smash.
Unlike some years, there isn't going to be a lot of selection here. And in terms of songs, one of them isn't going to be an obvious choice. At least one.
Album(s) 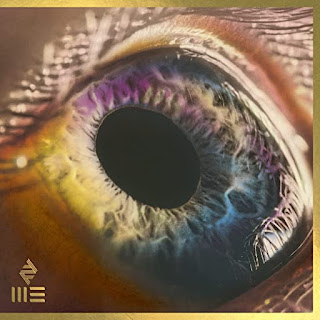 Despite lingering concerns, WE from Arcade Fire gets the top bill for album.  My review was a bit on-point and at times wrong. It's the beauty of time; opinions change, sometimes for the better, sometimes not.
For a few months after the review, I played this disk constantly. It grew on me, and then it didn't.
Still a huge fan of "Anxiety I".  "II" is ok, but it lost its luster.  To a degree, so did "Unconditional I". Maybe it was XM radio. It was on constantly.  And still not a fan of the "doo doo too" intervals. I've learned to accept them, but they're not great.
In my original review, I mentioned a few song lyrics, one being "please don't quit on me / I won't quit on you".  I smugly wrapped that into a band apology after their previous album, Everything Now, sucked raw eggs.  In retrospect, it's most likely to his wife, Régine Chassagne.  It seems founder and lead singer, Win Butler, now has at least four #metoo accusations against him.
This is what kind of made me stop listening to the disk. The band seemed better than all of the simple clap trap that you assume of most rock troops. I was proven wrong and Buter's possibly actions have soured me on the band.
That all said, WE does have its moments and some of them are very innovative if you really listen. Mostly the music and some of the vocal arrangements. It took me a number of listens, but I also found a John Lennon / Double Fantasy vibe on some of the Butler-led songs. This isn't a bad thing. 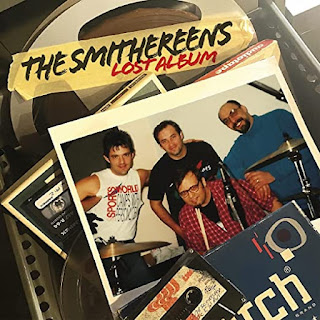 My second choice is the Smithereens Lost Album.
If you know the band at all, there is almost nothing ground breaking about this disk recorded in the last '80s / early '90s.  Yet for me, it is comforting. There is only one song I skip, but the others seem nostalgic even though they are "new" to the listening public.
Songs
My songs for 2022 - notice I did not say 2022 songs - are unexpected, if I say so myself. The items I kept coming back, in theory, just didn't track. No pun intended.  But let's go with it. And for it.
No one - and I mean no one - is more surprised at this than myself. In my review of all Arcade Fire songs / concerts, I'm fairly hard on Régine Chassagne. I normally stand by that. I will say, of all their music, this is the first disk which she was remotely used correctly. In my initial review I said of skipping "Unconditional II (Race and Religion)" due to her voice.  I take it all back.
"Race and Religion" is possibly the best song on the disk and after I got used to her singing, the construction of the music and vocal arrangements are just amazing to me. I said early on that Peter Gabriel couldn't save this song, and he doesn't. She does, but he adds a lot to it.
AF gets the second selection as well with "Age of Anxiety I".  Yes, it does infer there is a II (and there is), but part I had pretty much two distinctive parts all on its own. While I don't bring it up as much, I still dig the song.
It only seems fitting that I put a Smithereens song here. It was tough to choose which one, but I opted for one I think captures their essence - and it's less than three minutes. You'll live.
This song might be the biggest surprise. Taylor fucking Swift.  I'm 90% sure I had never sat through an entire one of her songs before. I have heard her live on SNL and things, and keeping tune and holding a note is something "she" does on the studio, but not live.
To be fair, when I first heard it this year (it came out 2 yrs ago), I didn't know it was her, as the song starts out with Bon Iver. The baritone is killer and the cadence to his vocals is on-point. By the time Swift joins in, the song is already set, so she doesn't really take away from anything.  They seem an unlikely pairing, but it works.  However, it has not wanted me to seek out anything else she has one.
The version here is a semi-live recording version, but not the finished product, which is more put together and slick. I like this one better.
Speaking of Bon Iver, he also shows up on the song the National released earlier this year, "Weird Goodbyes".  Two baritones.  Well sometimes they slip into tenors.
I've come to enjoy the Killers' single release "Boy".  While I can't find anything anywhere on writing credits, if the guys from Erasure aren't getting royalties from the clearly sampled "A Little Respect", they should sue.  The lyrics, even for this band, are clear as mud. So if you don't try to look for too much meaning you should be ok.
And while I won't post it again, I did listen to "An Ocean In Between the Waves" by the War on Drugs a LOT.
Like so many music services, my iPhone gave me a bunch of stats for the year. I'm just showing two of the data points: I forgot the end of last year the Plant / Krauss record was released, so it was in heavy rotation at the beginning of '22. Ditto with Morissette.  The Chicks stumps be a bit. I don't remember playing that a lot this last year. I'm sure Tim Cook & Co can't be wrong. 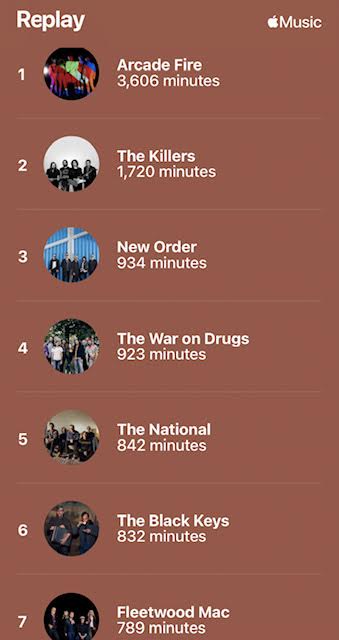 This surprises me less. I listed to the top 6 a lot during gym time. I guess Fleetwood Mac eked in there somehow.
We will see what 2023 brings.
Posted by Blobby at 12:07 AM

Smithereens is a marvelous name for a group.