I'm kind of being lazy, except I'm not.

I have been busy - not just at work or on dog outings, but searching the city, albeit passively, for political signs.  Granted, not all I found. Some came my way via friends and one or two via on-line. I'll point these out and give credit where credit is due.

I figured I'd do a series of 2-3 of these. Not consecutively, but you know, wrap it all up before the election. 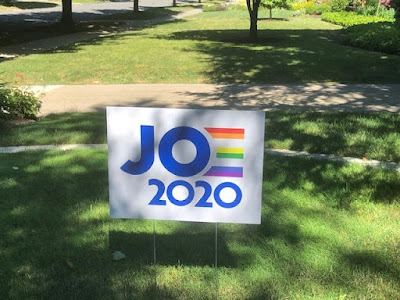 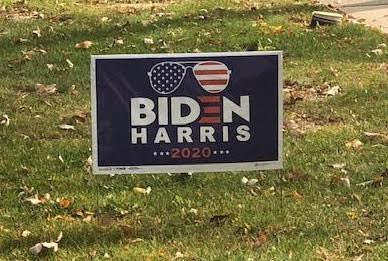 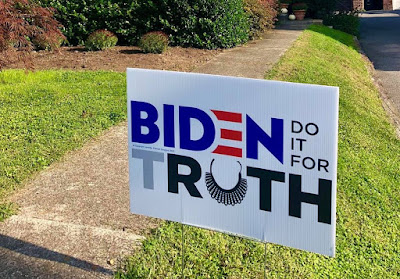 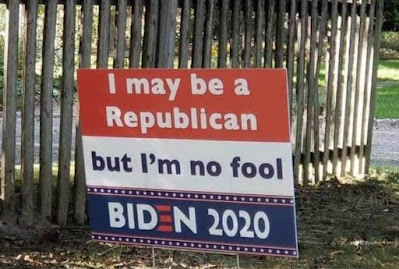 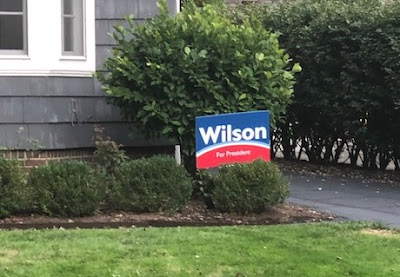 Four doors down from us.
Woodrow?
I thought it might be a third party candidate, but no one on the Ohio ballot as it turns out. 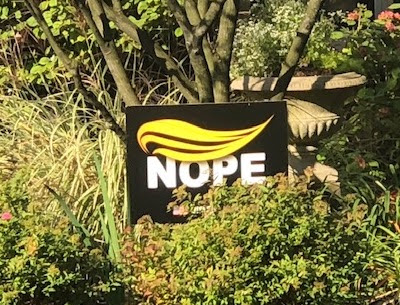 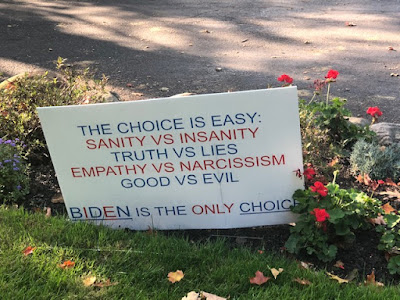 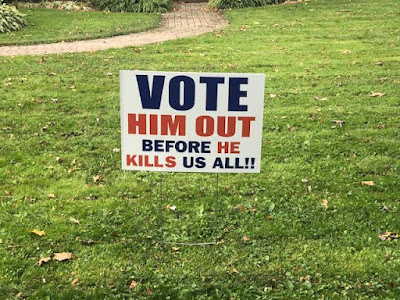 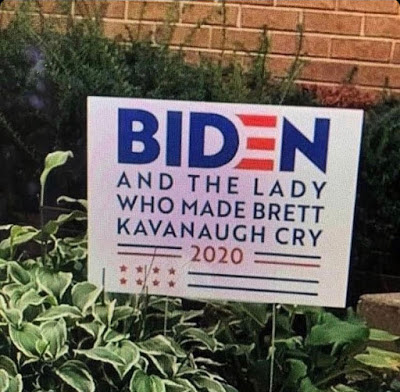 Stolen from the internets. 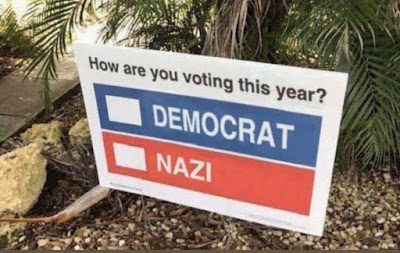 Sent via - ???   Wow, I'm blanking.
I would have gotten one made, but my husband kind of put his foot down.  I respect that. 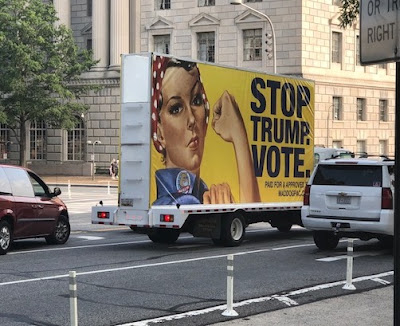 Taken while in DC 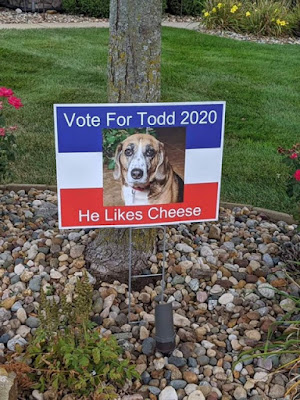 Nope is my favorite sign as well. They are all good!

I agree - 'Nope' says all that's necessary. You don't need much I.Q. to 'get' these, though for far too many that really is a big 'ask', too big.

Wilson... referencing the soccer ball in that Tom Hanks film? Just a thought. Great signs and a great idea for a post. I am encouraged that there are enough signs out there that say Republican, but not stupid. We'll see. I vacillate between being euphorically hopeful and the creeping dread of disappointment. Just like everybody else, I imagine...

"And the lady who made Kavanaugh cry"