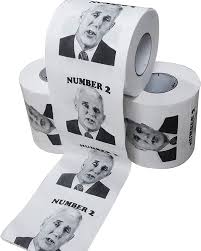 We can talk about all the ways Michelle Pence was stupid while he was at the Mayo Clinic. I think we should focus on his comment about not wearing a mask so he could look the hospital workers  "right in the eye".


I'm just going to let you all mull that one over on your own.


Actually, that's not the stupid I want to talk about associated with Ms. Pence.  It's about the unavailability of testing.  .....and by the way, it's your fault, not his.

When asked by a reporter why it took so long to get tests out (you know the beautiful ones!). The reported mentioned that Pence said the country would have 4 million tests by mid-March.

Pence's response?  "It represents a misunderstanding on your part and frankly the — a lot of people in the public's part — about the difference between having a test versus the ability to actually process the test."

So, true to this administration, not their fault. It's yours.

YOU misunderstood.  He did not say he wasn't clear.

I dunno about you, but that doesn't seem very Christian of him.

I can't imagine the fright of the patients, so many in a delicate state, when they saw the unadorned visage of what was coming towards them. At least if he had worn a mask [of any description - even a clown's one] they would have had about a few seconds' grace before he was introduced in which to prepare themselves for the grisly shock of his identity being revealed. It could well have meant the difference between life and death to some [as if he'd care!]

first - WHY DID THE MAYO CLINIC LET HIM IN WITHOUT THE MASK? I just lost respect for them.

second - PUT A PAPER BAG OVER HIS STOOPID HEAD!

third - PUTZY IS A MUTHAFUCKA! he thinks he's so macho like the fat orange pus bag. mother will have to tighten his chastity belt.

I agree with AM, Mayo should have turned him away at the door. No outside visitors, means no outside visitors. They are saying no to the spouses of people who are dying and they let this self righteous _hole in. No one without PPE, means no one. If you don't put a mask on, security should force you to leave, pick him up and carry him out if necessary. We are telling people no non-essential travel - his good will tour was hardly essential travel, Skype him in. That is how the rest of us are doing it. Leadership starts with leading by example, and these turds have no idea what leadership is. But I am preaching the choir here. But it feels better to say what is bottled up inside of me.

Fuck him and the horse he rode in on.