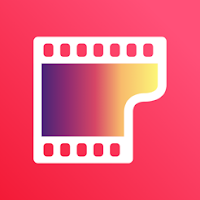 This is the first app I've seen advertised on InstaGram that I've either seen, or to which I least paid attention. It is certainly the first one I ever downloaded because of that app.

FilmBox seemed intriguing, as it converts your negatives into digital photos.

Naturally, the ad made it look a lot easier and slicker than it actually ended up being.

This might all mean nothing to any of you. I happen to have most, if not every, negative from every roll of film I have ever taken - at least with an SLR. The Kodak Instamatics don't really count.

In theory, the process is simple, hold your negative up to a light source (problem #1), use the app to snap a pic of the negative, and in seconds, it scans it and makes it a digital image.....on their program (semi-problem #2).

I played with both black and white negative and colour ones. Granted, I didn't spend tons of time on either, so it might be a better program had I been meticulous about it all, but I'm me, so that isn't going to happen.

The promo I saw had you holding up the negative to a laptop screen as the light source. That was ok, but not horribly sufficient. 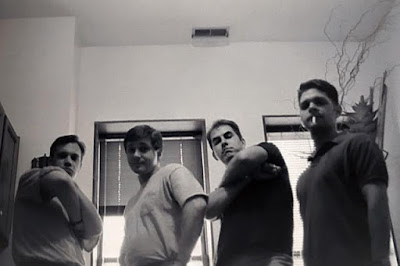 This is the image it digitized. It's dark-ish. 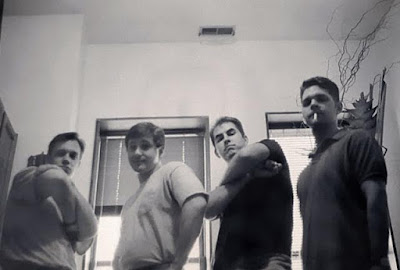 This one was done in front of a window, cloudy day, and against a white window shade. It's a little lighter, but doesn't seem to have as good of clarity.  Either way, Jon and I are total badasses.

So with that example, it's fine, but nothing more than that.

Another example was mucho more difficult. 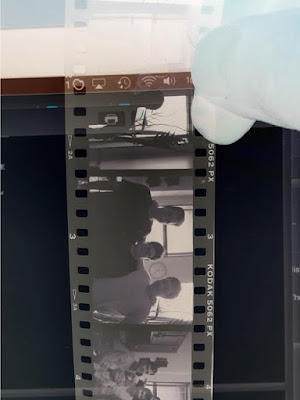 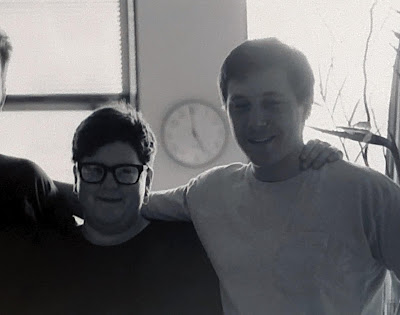 For the life of me, the app cut it down to two people (and none of them me!) about 18 times. 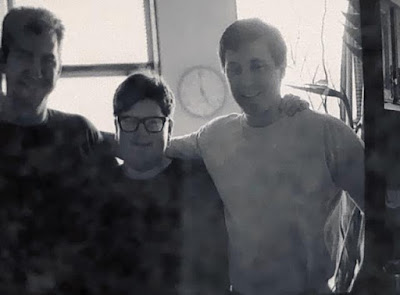 I finally got it to go, but this is the image I got. Not great. 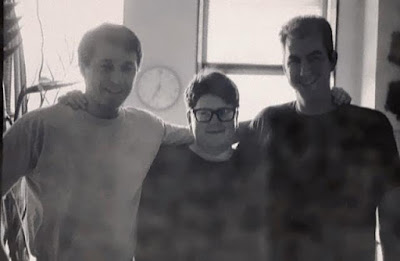 I tried flipping the negative around, but that did not work any better. 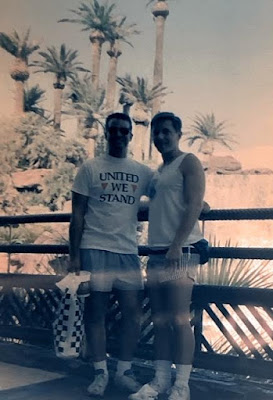 This was a colour negative. HORRID. Mind you, the light streaks at David and Morty's legs are most likely from the light source, but still...... 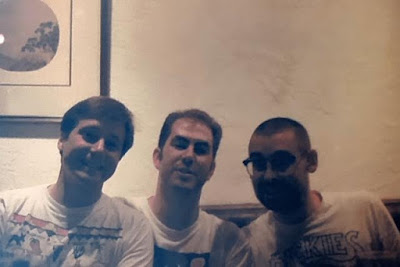 And there is a function to turn black and white photos to colour.
Meh. Not as horrible as it could have been.

On the plus side, while I know these images were taken with my camera, I don't remember seeing these pictures at all.....except for the last two. So, it was fun to look at these.

P.S., the last one was a karaoke night, when they still only did that in Japanese restaurants.
Posted by Blobby at 12:07 AM

I bought an inexpensive slide/negative scanner a few months ago, as I have a tub full of both that I wanted to digitize. The project has kind of fallen by the wayside with everything else that's going on in the world, but I got really good results and—like you—I am discovering photos I don't remember taking (probably because the originals were given away before they got placed in albums).