Honestly - you think he cannot be any more of a slime, or that he can sink any lower.....and yet he seems to surpass all our expectations.

This says more about our character than his. And by that, I mean that we have more hope and humanity to think that someone cannot be this vile.

But we were wrong. He can be. 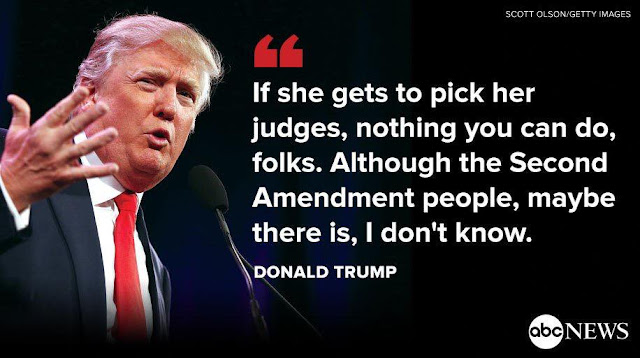 Il Douche is a coward.

Plain and simple - that is what he is.

He beats the rap for saying things he could never do himself. And then denies that what he meant, after putting the idea in some asswipes head that will go out and do the work.

And let's make it clear - while he was talking about Clinton potentially selecting anti-Second Amendment judges, this goes beyond that. What I believe he truly means:  "if she's elected", then the Second Amendment "people" can go put a bullet into her.

But he is also a coward for not just saying it, though meaning it.

No one would dare call him a coward out loud.....save me.

Donald Trump is a fucking coward.

(and you know I'm serious, since I used and typed his name.)

He's crossed the line, moved it and crossed it again, so many times, the line is now meaningless - though to hear any media commentator or their guests on yesterday, they'd say differently. So many of them think his comments are beyond the pale.

Of course they are correct. But Il Douche caters to another faction - one most people I know, nor myself, cannot fathom his followers blind devotion, admiration and adoration. Logic and reasoning do not factor in here. In the slightest.

This, I think, would pose a problem for the Secret Service, no?

One of their protectees is basically posing a death threat against one of their other protectees. (I'm assuming "proctectees" is a word, of course.)  This has got to be new territory for them.

This instance - along with so many others.... 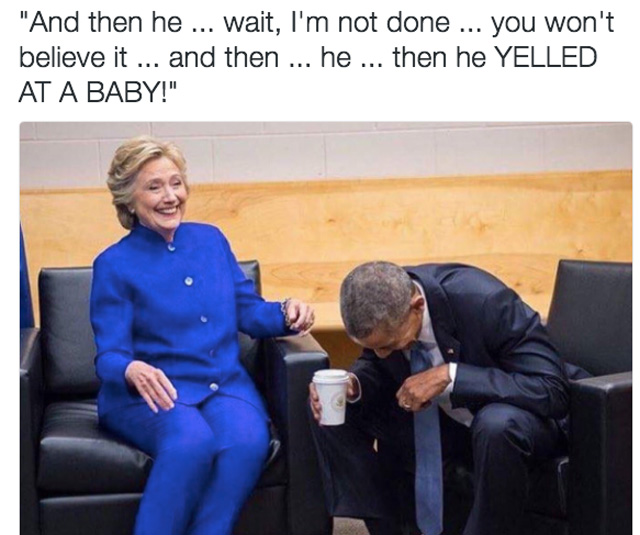 Still makes me wonder if he's trying to lose. Yes, it's been said before and it will come up again, but seriously - WTF?

where are the ball gags and duct tape when you need them for this asshole? hope the secret service and the FBI do SOMETHING!

I'm so not getting WTF he is really up to. I'm super duper really not getting why MORE people who should have COMMON HUMAN DECENCY are not completely all out rejecting him.

The man has zero accountabilty from his party, his minions, is family, and US, the US and us.

Inappropriate is one thing. Threatening is another. He totally crossed the line here. Scary man.