Arc of a Diver 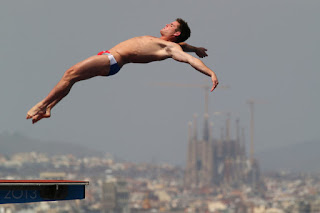 What's the easiest way to ruin the hotness of an Olympic athlete?

After the event - say to the commentator, "It's great to do this, but it's not my identity. my identity is with Christ".

....and then have your teammate feed that quote right back when they ask him the same question.

Either they're christamatons or the second guy has nothing to say and just mimics his mentor / diving partner. 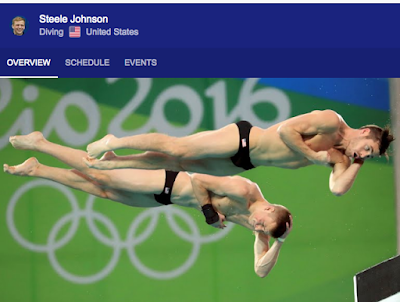 I'm not sure how Christ will like them apples.

Before he made the quote, I was going to make this post about David Boudia.

He's short, but cute. And straight. 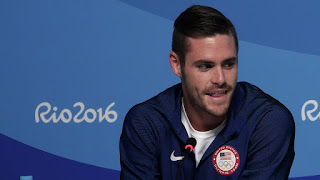 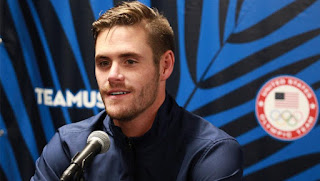 But then he opens his mouth....and it's pretty much kaput.

I know very little about diving - the mechanics of it, that is. I took a phys ed diving class and probably would have dropped it had it not been for the hot instructor. He was overly friendly to me - including offering to help me with my math class. Only after the fact did I realize I probably missed the not so subtle signals he was batting right at me.

I am not aware enough to know where I am during a flip. So much so that I never actually entered on anything that wasn't my back.

Once, off the 3 meter springboard, I hit the water so hard, Jeff, the instructor, jumped in because I didn't come up.  I wasn't knocked out. I was just swearing underwater.....for a really really really long time. 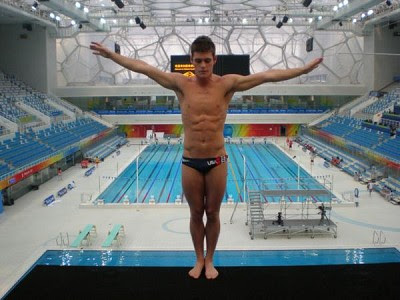 While Boudia has a great body, here it just looks downright creepy. I don't get the appeal of guys who like Tom Daley.

Still, Boudia and Steele Johnson (hehehehe) were quite impressive in their synchronized diving....even if they only got silver.

Song by: Steve Winwood
Posted by Blobby at 12:04 AM

Strange how Christianity and crackpottery go together so often? Or maybe not so strange.

jeebus freaks; siddown and STFU about your imaginary friend! no one gives a fat flying fuck!

He's a bit skinny and a follically challenged for my tastes, however his name is fantastic. Maybe he will start his own strip mall church or go into the priesthood. A fluorescent lighted marque with the name "Pastor Steele Johnson" or even the subtle little plaque beside a quaint little Catholic chapel containing "Father Steele Johnson" ....either would be hilarious.

Yeah, saw the interview. First thought "oh honey, you like Steele's Johnson a little to much to be testifyin' for christ right now".

It would take more than prayer for me to fit in a pair of them there swimming trunks.
JP

Christ didn't speak on homosexuality. Your post reads like a rednick homo who objectifies all men as meat for your pleasure...and judgement. Defining yourself that way is nothing to be proud of.