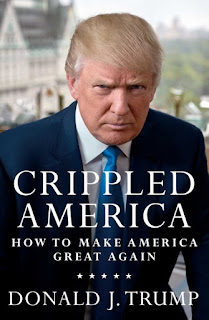 I almost don't even know where to go with this.

Nothing says we are a "great" country than pandering to the lowest common denominator and calling people names.

Of course, Ted Cruz is a pussy, I'm not sure one can dispute that fact - but does it benefit anyone saying that at a rally?

I'm sorry - repeating it at a rally, into a microphone, under the "premise" that you'd never repeat that name-calling nor do you approve of it, only to get hundreds of people laughing and clapping.

Of course it's a calculated move - and for what it was worth (which is not much) was executed flawlessly, just the way the Donald wanted it to come off.

And news outlets were going on about saying something about it being derogatory about a women's vagina, and sure, it is, but that's not what the term was meant as, and they know it. It's Donald being a bully. Plain and simple.

It is scary to think how much his followers love to follow him into the mud.....assuming they weren't living there before.

I would almost - ALMOST - love to see Trump win the nomination and election and have the media follow these stupid-as-fuck-followers for the next four years to see how much they feel like complete assholes with the ensuing results of their blind faith.

I don't have a microphone, and I'm not at a rally, and i'm not running for office but I will say:
Donald [t]Rump is a dick.

I' guessing you're not a fan. Just a hunch.
JP

The Donald is very calculated in what he says. He knows what reaction he is going to get and he gets what he desires.

I can't tell you how many bumper stickers for him I see in these parts. Not that I am really surprised, sadly. It's usually the same vehicles that have large rebel flags flying from them as well.