This might be a first - no new pics of either the dog or cat this week.

Work has been pretty busy, but really it comes down to home time and it's just been trying to nurse Petey back to health.....so no real pictures.

I kid you not - he so hates one of his meds (only another week to go!), that as soon as he smells it, he leaves the room. We don't even have a chance to get it into food. And this Baytril is supposed to be a chewable treat. As if.

And Pete can smell it in chicken or hamburger, so he won't touch that either. We've "tricked" him with certain foods and right now, he's not onto me putting it in scrambled eggs.

Still, there is nothing I wouldn't do for the little man. I get our time is limited. The doc and I had a long discussion on his recurrence of pneumonia so soon after his last two bouts. No doubt his immune system is compromised and probably will never fully recover. We're talking about keeping him on a low-dose antibiotic for long term - to help ward off more infections.

Sure, that raises the risk of drug resistance, but it's impossible to say how long that will take, and he is almost 14. These are just horrible, harsh realities.

So, no new pics, but I thought I'd find older ones, plus one handsome guy (Logan) who inhabits the tea shoppe we go to after yoga. 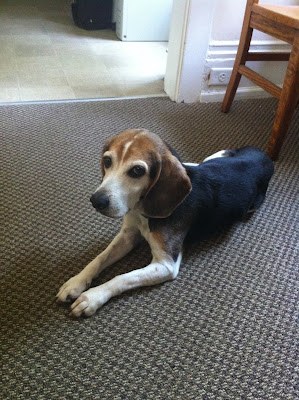 Petey - right after we got him, when he still had a lot of brown on him. 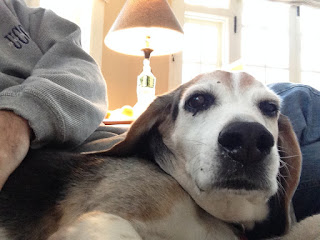 Hangin' out with his pops (me). 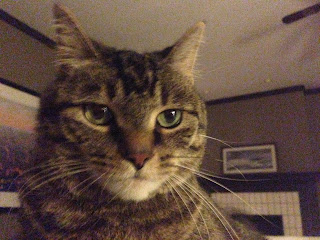 Soph - atop of me. Smug little kitty. 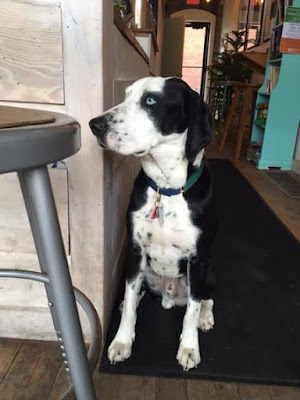 ...and Logan. Handsome guy with pretty blue eyes.....and just as nice as can be.


I'll work on new pics of our kids this upcoming week. Hopefully Mr. Pete will be further on the mend.

thank you for the petey update. of course you do ANYTHING for your furkids; who wouldn't for petey and sophie?

Young Petey was a handsome pup who grew into a most handsome fella.

Fixing eggs for dogs while having Cheerios myself? Welcome to my world!

Try whipped cream cheese. Use to use peanut butter until my old girl got tired of that. She has three definite pills for life (she's 14) and more on occasions.