Earlier this week, Bob from I Should Be Laughing commented on another post where he said "it's always something"......but he was talking about old houses.

This time I'm talking about Petey. 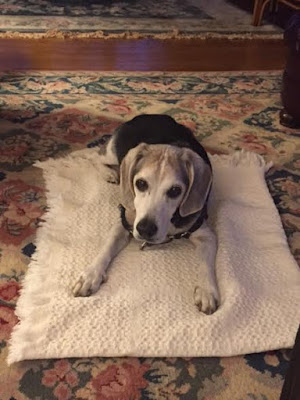 We took the recovering Petey to Nana's house.....mostly because no one else would be there. Just 710, my mother and myself. He could relax....and he did.  Clearly. 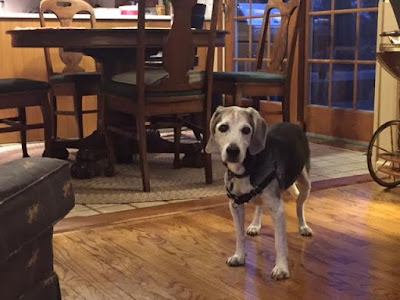 And he walks around there like he owns the place......which he kind of does. 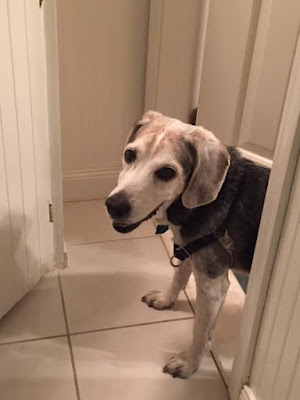 And yes, he follows me into the bathroom. I'm ok with that. 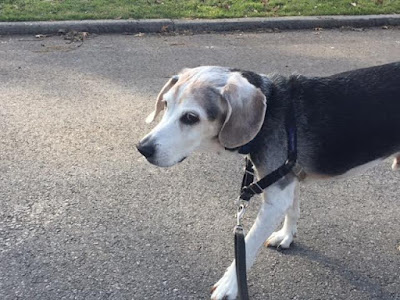 The next day was nice and I was home early and we went for a walk. First in a long time. 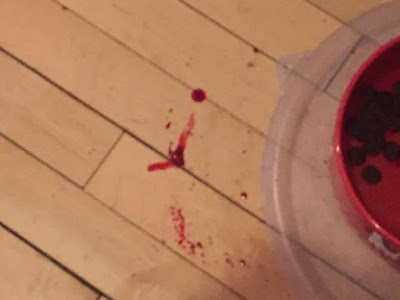 ...right before I was to walk out the door he sneezed.  And if you've ever seen a hound sneeze they use their whole body to do it. So, while this nose blood was on the floor, trust me, it was everywhere else too. It looked like Sharon Tate's house.

And it fucking freaked me out. Completely. And not going to an off-site meeting was not an option. All I could do was clean up the mess, clean his nose, leave a note for the dog walker and go. And of course, I texted 710.

I came home at noon and there was some blood around the house, but nothing as brutal as the morning scene. Of course I worried it was his lungs since he was just post-pneumonia and figured none of this would end well.

710 came home early and got him to the vet. Wouldn't you know it was a major major ear infection and a ruptured ear drum?

He's back on meds and feeling good.

And I'm guessing Dr. Smith can now put his toddler children (I'm assuming he has them and they are small) through any Ivy League school of their choice, funded by Blobby, 710 & Petey. At the very least, he should name his children - all of his children - Petey, regardless of gender. 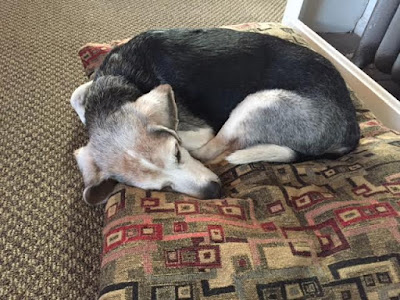 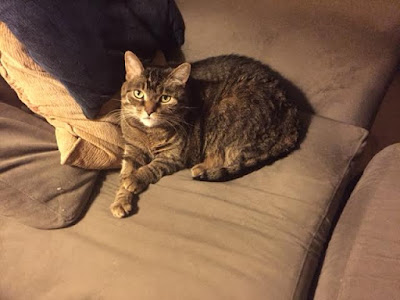 Oh yeah - and of course, Soph.  She always gets out-shined by her special-needs brother.

"it's always something" - roseanne roseannadanna

hope petey can pull through this setback. and give sophie an extra snorgle for me.

It's actually kind of nice to have them in the bathroom, good company they are.

Poor Petey! Hopefully he's on the mend again and Miss Sophie is playing the Good Nurse!

OMG! What a shock, all that blood! Willing little P to get over his travails and frightening the life out of everyone else.

Old dogs are cool! Soph is waiting for her day to be the Queen, she knows she is.

I send a big pat on the head to both of you. Tomorrow is another day.
JP

Best wishes for a speedy recovery for Master Petey...poor guy.

Pete is always in our minds

Here's hoping Petey is up and recovering well.

Aw, poor Petey. I always wonder what goes through their minds when they are sick or injured. Do they know its temporary? I hope so, otherwise it could be very frightening. Do they wonder why their humans don't fix it immediately? I hope not.