We Believe in Happy Endings 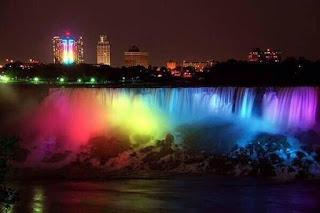 I guess I can do a follow-up to Friday's SCOTUS decision on same-sex marriage. I mean, why not?

I know it has only been less than 48 hours, though I have yet to hear a word from anyone in my immediate family.

My little right-winged sister will never say a word to me about this. Which is ok, as it would just spiral out into things that can never be taken back.

Unexpectedly - the first person I heard from was my cousin, Jack. If I think my sister is conservative, Jack beats her hands down. Just the day before, his FB page was ranting and raving about the ACA ruling. Yet, he congratulated me and wonders how 710 and I will proceed. I didn't understand that line of questioning, but he thought getting remarried by a judge here might be an easier way than having our marriage being recognized "by default".

I was a little taken back by that comment, but he's a lawyer and I think he was just looking out for our interests.

His sister, Claire, chimed in later in the day - and she was VERY happy for 710 and myself.

I had to admit to Claire (had to?) that I was happier than I ever anticipated. I found myself smiling all day long. I couldn't pull myself away from Facebook that easily. I was looking at all the love and support out there - and perhaps it was just my newsfeed, but I still have yet to see a negative comment. I'm sure they're out there somewhere, but I haven't seen them. It's probably a good thing I don't check Twitter.

In between those Jack & Claire were David - whose support is / was never in question, and then our cousin, Billy - who if he weren't already married to a woman might get gay-married himself. He just doesn't know it yet.

Billy's comments were the funniest - but probably just to me. He even sent me a little audio recording of "Mr. Sandman" played on his ukulele, which I'm convinced is the only song he knows. He didn't deny it when I called him out.

We did not make it to Pride.  But no one did. Due to weather and rain, it was cancelled. Blerg.

In my original post, I mentioned not having read the dissents from the four Just-asses. At least now, I have read two. I'm not sure I can stomach the other two, though I can't imagine Alito and Roberts could possibly anything worse than Scalia and Thomas.

I'm not sure Voldemort and Senator Palpatine could be worse than those two.

There is much ado about Scalia's 'hippie' comment'. Personally between this dissent and the one for the ACA, it sounds like he might to see a neurologist as he slowly loses his grasp on sanity. Still the 'hippie' comment wasn't anything troubling.  To me, this was:

"It is of overwhelming importance, however, who it is that rules me. Today’s decree says that my Ruler, and the Ruler of 320 million Americans coast-to-coast, is a majority of the nine lawyers on the Supreme Court. Until the courts put a stop to it, public debate over same-sex marriage displayed American democracy at its best."

Scalia actually believes and every single U.S. citizen (all 320 million?) believes in his lord and saviour? It's 2015, not 1915 you stupid fuck.

And this is not about who rules 'you', Tony. This is about the law and the constitution, not the person to which you believe is the son of g-d. Since you've seemed to forget what your job duties actually entail, maybe you should consider retiring. And soon!

Lack of grasping your job is one thing. Losing your grasp on reality is quite another - case in point: Clarence Thomas:

I don't know Clarence's ancestry, but let's assume some descendants were African. He is saying being round up like animals, shackled in boats for months and forced to work for nothing at the hands of the white man, in a strange country, devoid of your own culture does not contain a loss of dignity. Nor does being interred for the length of a war, just due to your heritage. Both with the blessings of our government.

I mean, his understand of the word "dignity" might be a little skewed in terms of its definition. Just ask a female lawyer who worked for him at the EEOC a number of years back. I'm sure her "dignity" wasn't taken away from Long Dong Silver either.

As of February 2014, Thomas has not asked one single question in the previous EIGHT YEARS of anyone presenting to the high court. Not one. (If he has asked anything since, I cannot find it.)

Sometime in 2013, he made a comment to the other justices, but that is the only time he had talked aloud in the Supreme Court in the eight years prior.

Is he physically impaired? Is he just unqualified to ask pertinent questions? He is just lazy or dumb?

Who the fuck gets away with almost a decade at not speaking on the job? Even Marlee Matlin speaks out loud more than Clarence does.

As for our celebratory pizza night out?   meh.

We ended up at our third choice place - which is usually just fine. But neither of us were thrilled at our pizza or beer selection.

I know, right?  How can you fuck up pizza and beer?

The beer is a rotating menu - you rarely get the same types twice. I'm ok with that, but we chose our selections unwisely, or it is possible that none of their selections were up our alley.

We opted to order something new, which was probably a mistake. They asked me if I wanted "red sauce" on it - which I thought (to myself) "what other kind would there be?".  I should have asked the question out loud (oh no, am I just like Clarence Thomas???), as maybe they had "other sauces" of which I was unaware.

The red sauce was questionable at best. But that was on 710's side of the pizza. My side was buffalo chicken. It was good, but not great.

Still, it was a nice time out - both of us were pretty happy from the day, so it made it all better.

Song by: Earl Thomas Coyne & Emmylou Harris
Posted by Blobby at 12:03 AM

I seldom agree withe Justice Thomas on anything, and he does not ask questions. He is however actively engaged, he is looking through his copies of the briefs, frequently heavily bookmarked, making notes, pointing things out in writing to other justices, he and Scalia can sometimes be seen passing notes to one another and whispering to one another. There are a couple of other's that seem to nap between questions.

My family hasn't said a peep, but they know that we were already married. They congratulated us then so I'm fine with that. Yours is a bit different in Ohio. We were elated though as this was huge and I have to admit...a nail biter

some of your family are mean-spirited. and that is sad.

as soon as I landed in Michigan last Friday, my parents asked a few mundane polite questions about the flight, then they brought up SCOTUS, and then they asked if we were to get married now.