Petey is slowly mending. Alas, like I've said - he might never fully be back to where he was. It's a harsh reality that 710 and I just have to learn to deal with.

His cough is there, but nothing prominent. His appetite is better, but nothing like it was. His walks are slow - and much shorter.

The Old Man finished his antibiotics on Thursday and he's back on his steroids, so hopefully that will help with the cough and reengaging his appetite. Then maybe that will give him strength for better walks. 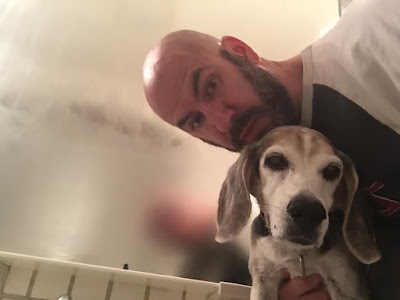 Petey getting a steam.

It's better if he's higher up, but those counter tops, steam condensation and his nails makes for one slippery surface. I have to hold him at all times. 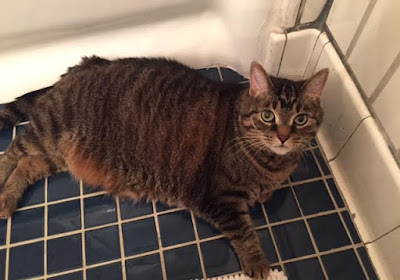 g-d knows, Sophie can't be left out of anything.  She's watching the steam. 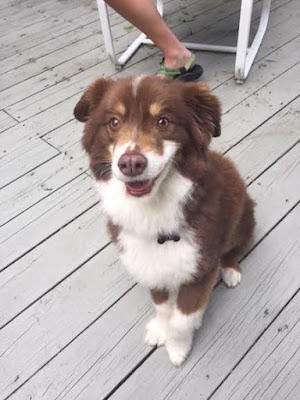 Petey was too ill last weekend to take to my mom's and be harangued by such a high energy dog. 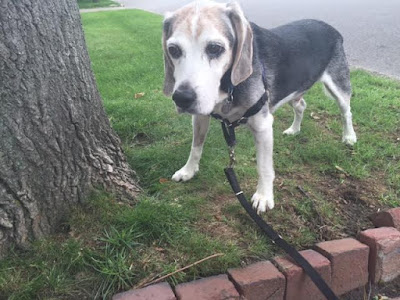 Yesterday - Petey's first "long" walk. He did pretty well for most of it.
We might be able to do one of those lengths once every few days. 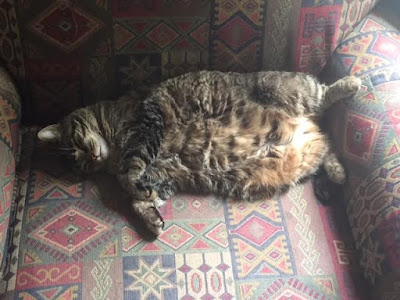 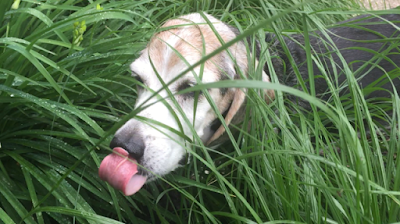 Ranking up there for Top 3 Petey Pics of the 2015. It's really all about the tongue - isn't it folks?

Song by: the Decemberists
Posted by Blobby at 12:08 AM

:( for petey. furkids really wrap themselves around us, don't they? and yes, that TONGUE! so cute and pink...

Sending good wishes for Pete! Hang in there, buddy!

Love him in the weeds!

Petey loves a good steam ... and Sophie, too!

Poor pete. it's sad to age and grow old.

Since I'm reading these posts in reverse chronological order, I haven't gotten to the part where something happened yet. But I'm glad to hear that he's doing better!