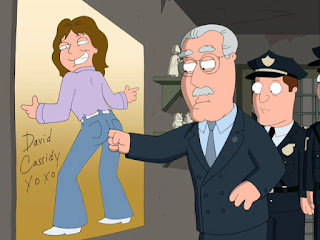 I'll be the first one to say it:

I hope those New York escaped prisoners make it.

Sure, I know they tortured and murdered folks. But by-gum, they have bested a correctional facility, police, U.S. Marshals and the likes.

They kind of have earned it.

It's not enough that at least one of them was making time with the frumpy prison worker. I know guys get hard up - and I know I'm gay - but you'd kind of really have to be at the bottom of the barrel to woo her.  I mean, clearly he / they had ulterior motives.

I think my favourite part of this story is that one of the killers painted a picture of that women's children for her.

I mean - how fucked up is that?

I suppose that it could have been manipulative. Letting the alleged accomplice lady know they know about her children, if she didn't cooperate.   ....which she didn't entirely. Had she, they could have been long gone. Or at least in Indiana....because really - who the fuck would look for them there?

They still might be long gone. DNA - and prison issued underwear - were left at a cabin 22 miles away. If you ask me, it sounds like these two are just taunting the authorities at this point. And this cabin stuff could have been a week ago. Or they could be in Pennsylvania. I mean, I'd rather be dead - or in prison - than in the Dutch Amish portion of PA.

Still power tools. Metal being smuggled through un-xray'd food. Internal walkways that led out of the prison. A scheduled pick-up. Planning on murdering that woman's husband. This is just stuff from bad spy novels...or Tom Cruise movies. ...and yet, these two murders seem more likable than Tommy boy. And more people are following this than ever watched the TV show, Prison Break.

I mean, I lust after love Dominic Purcell and even I never watched a minute of that show.

Still, these (now ex) prisoners put a fuck of a lot of time and effort into this entire escape plan. I say - just let them go.

I guess I've been reallllllllyy out of the loop lately. I haven't even heard of this happening.