Week 3 - plus two days. That's how long we are into Petey's Pneumonia 2015 recovery.

Mostly it is progressing well. Walks are still painfully slow. I mean, if he sees other people or other dogs, mind you, he HAS the energy. If it's just 710 or myself - it is sniffing every single thing. Normally our long walks used to take 40 minutes. Now that is the short route. A medium route took me 70 minutes.

But once we are home and treats are to be had, he has all the energy he'd ever need.  I don't get it.

And Wednesday and Thursday nights, I ended up sleeping on the sofa with him - as he seemed to be struggling a little. This was after many days of forward progress.

He still has life in him - don't get me wrong. I can't grasp what sets him off on energy - and lack of.


And for the record, yesterday was the third anniversary of us taking Petey in. Even with doggie ailments, it's been a great ride......for all of us, I dare say. 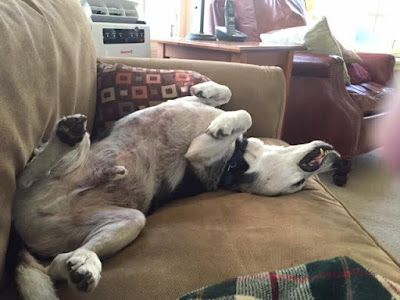 I call this: Penis, Paws and Plaque

I love when he sleeps this way though. It's so odd. 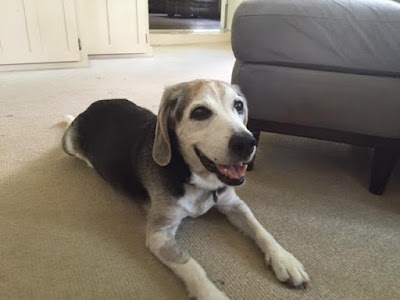 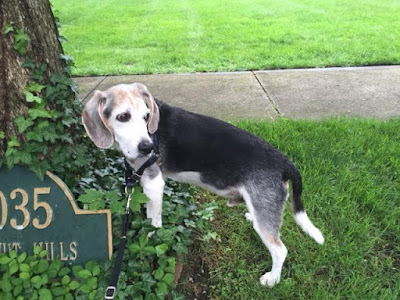 Just a stop on the walk to look around and observe. 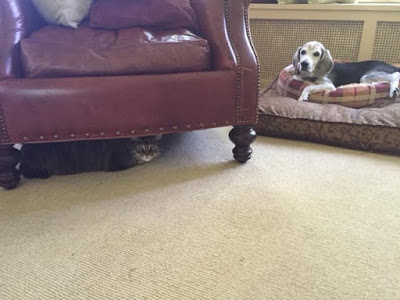 Not sure why I love this so much. Sophie isn't a 'hiding' cat. I don't think she was stalking Petey.


Petey feeling better mid-week. He was in a very playful mood. 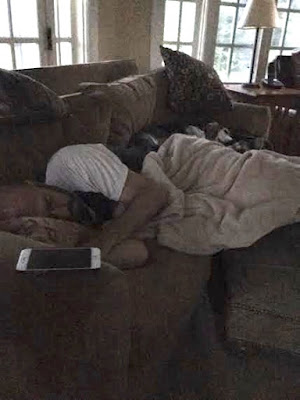 But like I said, I spent a few days sleeping on the sofa to make sure he was ok.
710 took a snap of sharing the same bed.

last week, sophie's hatch was open; this week, it's petey.

petey has a good home and a good life with you.

You're a good man Blobby. May Petey continue feeling better.


And as for sleeping with him, well, good on you! Bravo! I'm sure he felt a little better, and you did, too.

oh but we all love Petey.