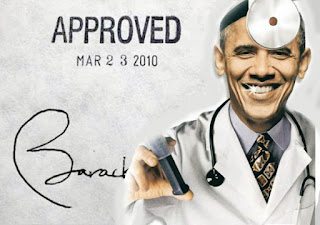 When did the Supreme Court last have a ruling that wasn't 5-4?

I'll be honest - I was much much much more worried about the ACA ruling than I am about same-sex marriage.

If reports are correct - and both Ginsberg and Scalia have hinted they are - that same-sex marriage will pass. But I'll believe that when I see it.....which may be today...or possibly Monday.

But in some new reports, the Supreme Court refused to hear another Alabama case invalidating the definition of marriage in that state, leading folks to believe it is because the Court has already decided on that matter.

The bigger news is with that refusal, only two of the judges publicly dissented: Thomas (shock!) and Scalia (double shock!!).  In theory, this could mean there is a 7-2 in favour of same-sex unions. But in reality, it just means they were the only two to publicly dissent on the Alabama case.

As for the ACA ruling: I do love how news outlets say "John Roberts saves Obamacare". Even without his vote it would have been 5-4. So what's that all about?

Let them have their rhetoric. People who disagree with the ruling won't read it - yet they'll still write Grandpa Simpson-like letters to their OpEd page of any local newspaper.

The court was interpreting a passage in the law that said the tax credits are authorized for those who buy health insurance on marketplaces that are “established by the state.”

So was the Second Amendment, but that doesn't stop dozens of cases per year on gun control (or lack of it).

“Congress passed the Affordable Care Act to improve health insurance markets, not to destroy them. If at all possible we must interpret the Act in a way that is consistent with the former, and avoids the latter,” Roberts wrote.

I'm sure there are many more lawsuits to come regarding the ACA. With rulings like this, it might weed out some of those - since a decision has been established. And one with a clear court majority.

As for 2016 and the Republicans constantly bringing up "Obamacare" (forgetting that it was passed in the House and Senate) - it will be hard for the GOP to repeal this. At least harder than they think. Not only will they have to have a better plan - and one that is obtainable through Congress - because they will be taking something away from MILLIONS of people. They might get a pat on the back from businesses (and that might be the only thing they care about), but when millions of people push back - they will be in for a world of hurt.

No doubt it will be another campaign promise broken by a "Washington outsider" - as they all like to call themselves.

Well, let's now see what today or Monday brings us. On the selfish side, if SCOTUS rules on Monday, I don't really have to go to Pride on Sunday (my rationale on going is: regardless of the decision - after the fact - I can be there to support it or show support if a bad decision is made). Sure, Belinda Carlisle is performing, but that's a lot of vibrato just to hang out in iffy weather.

Song by: Talking Heads
Posted by Blobby at 12:01 AM

I always enjoy your thoughts about politics.

Yes ACA was HUGE. It's been a very memorable last couple if days!