Be Kind to My Mistakes 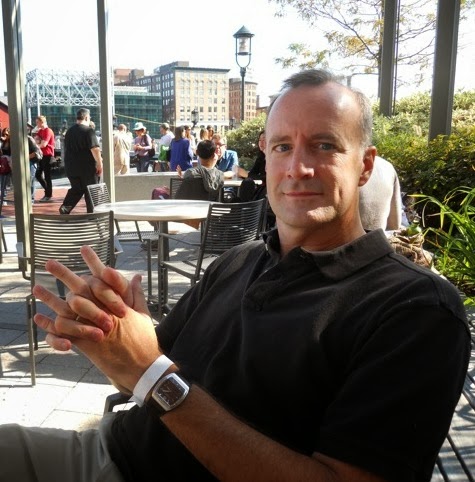 Yesterday, I posted the results for the 3rd Annual Oscar Guessing Game®.

In that post, I may have been too hasty in tallying the results, though I did say that Mr. Short Attention Span Theater (you know I keep linking to his blog, and it's so inactive. why do I keep doing this?) could audit them.

Even in his selection submission, he inferred that I might even cheat at this contest. Sure, I wrote it off as a "joke", but clearly he is dead serious in his inference.  Hmph!

In a private email yesterday, he called me out for calling him "an asshole" in yesterday's post, which I totally did not.

I might have inferred that he might think himself one for missing a major category altogether (do your Airplane reference now!).  Who knew I'd strike such a nerve? Who knew he had any?

In his private reply to me, he didn't even infer I was an asshole. He called me one outright. How rude!

I mean, look at him here* - wringing his hands with glee (or hoping he'd be on it!) so he can call me out on any error - large or small.

But err I did.  And it will cost me - probably in more ways than one.

The first price is humiliation.

In my rush to go to bed, after an intermittently long award show, or the prolonged pizza "gag", or the knowledge that I might have to hear Matthew McConaughey actually speak, I overlooked Mr. Mike's selection for Best Supporting Actress.

Yes, he picked the same one I did, which moves my blue marking to a pink one - which gives him the overall win. By one.

But, you only need to win by one.

I'm not sure I'd call it a 'definitive win' (though he didn't either - at least out loud), but it is a win nonetheless.  For him. Mike. The winner.

Perhaps Mike was right that my losing screw-up would be with Best Adapted Screenplay. But maybe, just maybe, if he did remember to pick a Best Animated Feature, he would have picked incorrectly keeping the contest in a 'tie' status.  We'll never know.    .....we'll never know.....

So the victory is his.   (clap clap clap)

The second price - at least in his mind - is commerce. Goods and services. Or as he likes to call it: a fruit basket. In the middle of winter. During a huge drought in California, which is driving up citrus costs - because g-d forbid, he doesn't want bananas. (oh, feel free to make any phallic joke you'd like at his expense. No......go on......I'll wait.)

Need I remind you him that our tie last year resulted in a wager of going dutch on drinks that he squelched on?  But by allllllll means, ask me for compensation for contest to which we never agreed there would be such.

Naturally he wants it overnighted. Instant gratification takes too long.

Mike. to me, is like the gays to George Will: sore winners.

Now for the record, I have love and admiration for a few in my life: 710, Brian Wilson, Mike, my mother - in that order, I might add. Now with his distrust, that list might be knocked down to three {sigh}

Hopefully we can get past this rift - though it might take some counseling. He's a fickle one, so you just never know. 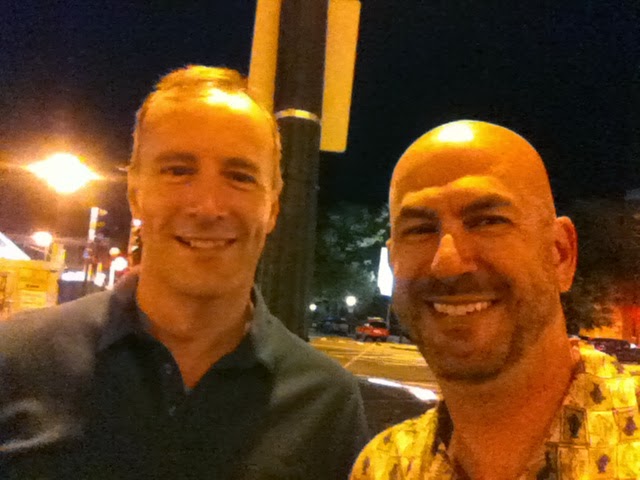 Mike and Blobby:  in happier times.  With sodium lighting. **

P.S.  So Mike, best three out of five?  Anxiously waiting your reply.  {call me}

*I totally stole the title image from his own blog. I'm sure I'll get called out on that too. (though last year he turned me into Björk, but to be fair, I turned him into Cher / Don Ameche.)
** He conveniently did not address his aging secrets brought up in yesterday's entry.

Mike is too good looking to be wrong.