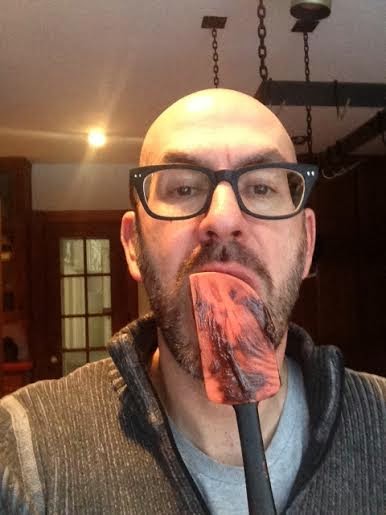 It's hard to tell just by looking at me, but I am totally socially inept.

Ok, going by the title image, maybe it's not so hard to tell.

I know how to say 'please' and 'thank you' - most of the time. But there are those times when life events happen that I just fumble any social graces I may have.

Births, Deaths, Weddings....you name it, I will inevitably forget to do or say the right thing at the right time. Even when I think of what should the right thing, my timing is off, or I think about it too late and not sure if that appropriate time has passed and I just end up looking like a rube.

However, I am trying to change. And instead of talking about doing something, I'm actually trying to do something.

Two young boys wanted to help find him and enlisted their father. And they were the ones to actually come to the dog's rescue - and ours. Probably more ours than Petey's.

Of course, I thanked Zach and his boys, but that just didn't seem enough. But what to do for a 3 and 6 year old. You know - from the gay neighbors - that doesn't sound too "Jerry Sandusky"?

My thought was not just to thank them, but to show them that their actions and good deeds have positive consequences.

Cupcakes make everything better - and who doesn't like a cupcake? Or several? 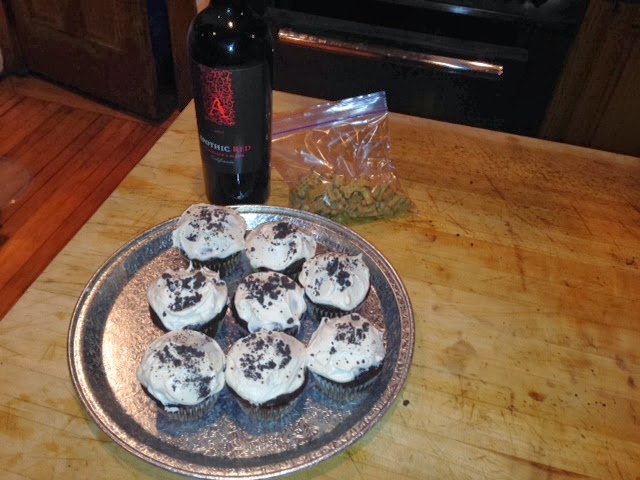 Oh - and a bottle of wine for their parents.   ...though I'm giving Jessica and Zach cupcakes for themselves as well - even though Jessica seemingly had nothing to do with the search and rescue mission. And dog treats to Bo, who lent Petey his leash.

I could have bought fancy cupcakes, but Palmer and Taylor are young and don't care for that stuff - I'm assuming. So, I was happy to "make" them from a box.  But in my defense, they had cookies and cream icing.

I trekked over last night in the cold and dark with goodies in hand. The family was very grateful. The boys loved the cupcakes and Bo ate some of his dog treats in between getting me his ball to play with. Poor play-deprived Bo.

Because when I said everyone likes cupcakes, of course I meant 'me'.

So, maybe this is where my social behaviour modification needs to be...well...modified. I suppose I could have given them all to them, but in a previous life I'd never have given any.

nope, you did fine. kids don't need all that sugar anyway. nothing wrong with keeping some for yourself; the neighbors will never know.

A thoughtful gesture all the same.

8 of 16 Nice...Giving them half a dozen would have sufficed.

You strike me as someone very thoughtful and 'ept'

I think it's called "Foot-in-mouth" syndrome. I have it too in most situations.

And cupcakes rock. Which is why I have a tattoo of one. ;-)