While it's not quite possible to know yet, but I'm assuming March is coming in like a lion.  ...which means, if the rest of the phrase is true, it will go out like a lamb.

Of course, March 31st could be worse weather than March 1st, so who is to say which animal enters and which one leaves - at least until April 1st.

But since we are still getting measurable snow and single digit temps - too cold to even walk the dog more than a few hundred feet, I'm pre-calling this "lion".

Since it has been back to über cold, there has been a lot of couch snuggling going on. Rick Santorum, or was it Dr. Peter Venkman?, who talked about human sacrifice, dogs and cats living together...mass hysteria..... I'd go with Venkman, but I wouldn't rule out the other guy. 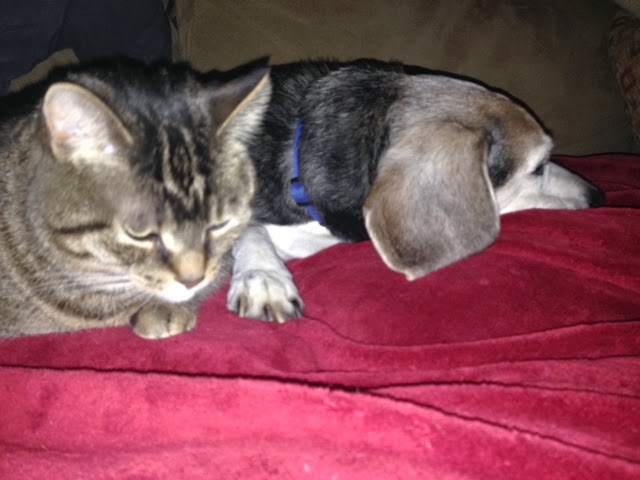 We actually do have nice couches and chairs - honest. But with Petey taking them over, we cover them with micro-fiber throws.

Here is Sophie curling up right next to him. Who cares how cold it is outside - this warms my heart. 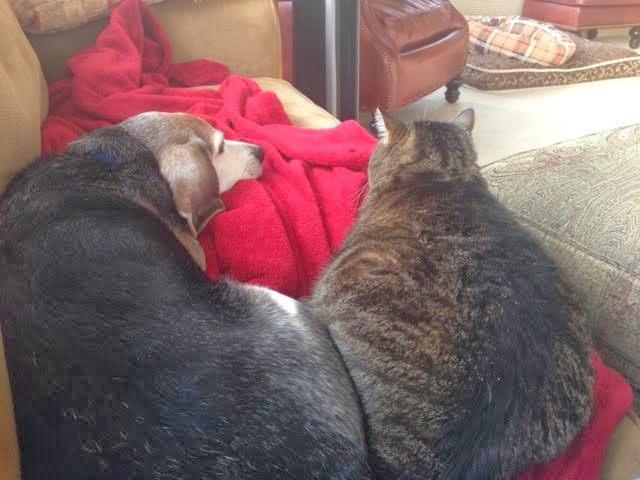 Sophie was great. Petey went to sleep, but he kicks in his sleep - and kicked her, but to her credit, she didn't move.  Now that is love. 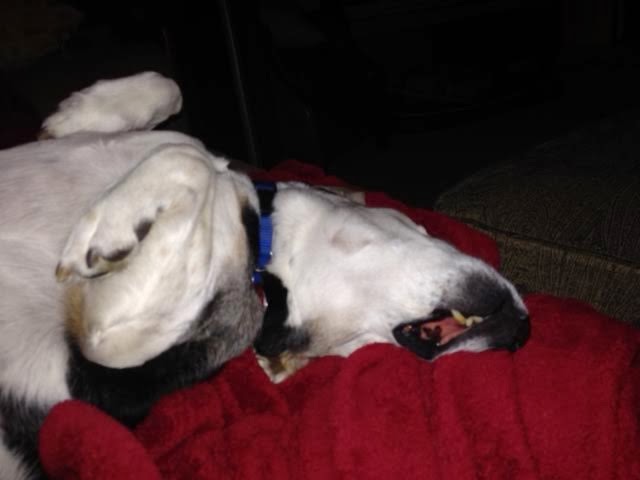 He might be handsome, but he ain't always pretty. 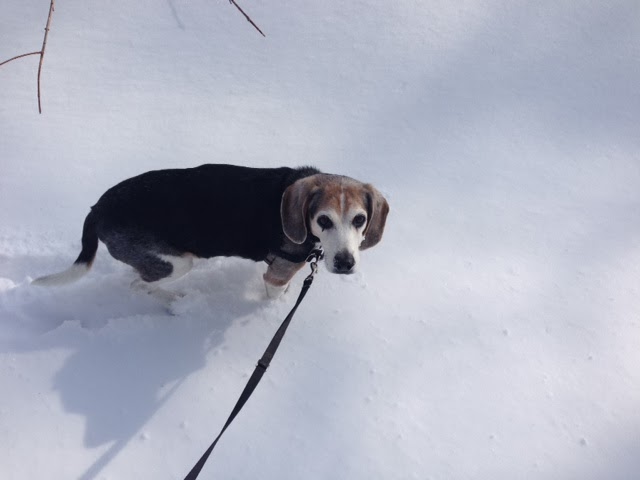 yes, alert the morality police - cats and dogs living (and sleeping) together; clutch the pearls, mildred!

I am intrigued to see your cat and dog get along so; I thought cats and dogs did not do so.

Oh, they look so cute together.

Our dog and cat lived together for 12 years and would also lay down together at times. On our mantle is my favorite photo of the 2 of them curled up together on a cushy pet bed in front of the heat register.