You are the Best Part of Me

You know, sometimes a doggie (or kitty) is more than just the sum of its parts.

I love looking at, and playing with the pads of a dog or cat - they're quite tough and made to withstand a lot.

Petey's can take a beating, unless he gets rock salt or slush (or both) in them.  Then he can't seem to even stand, let alone walk.

Sophie's never seen anything harsher than an oriental rug. ...but she's a princess. 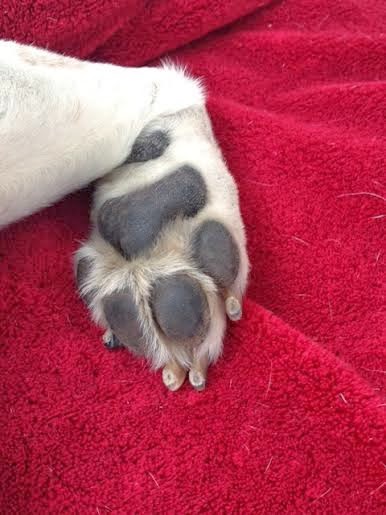 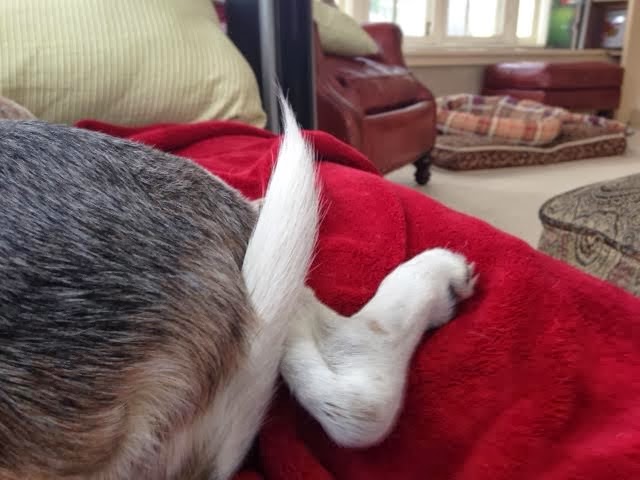 710 loves that no matter what state of consciousness Petey might be in, chances are the tip of his tale is always facing upward.  It's a constant source of amusement for him. 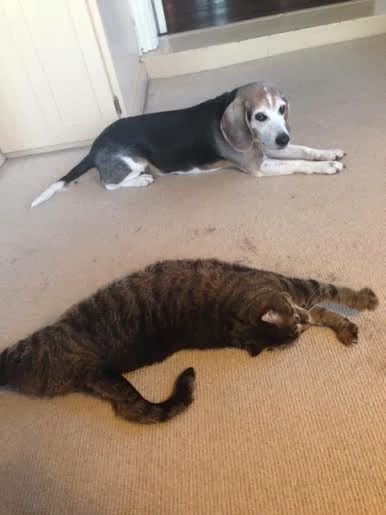 If Petey is stretched out on the floor, Sophie will join him almost immediately. 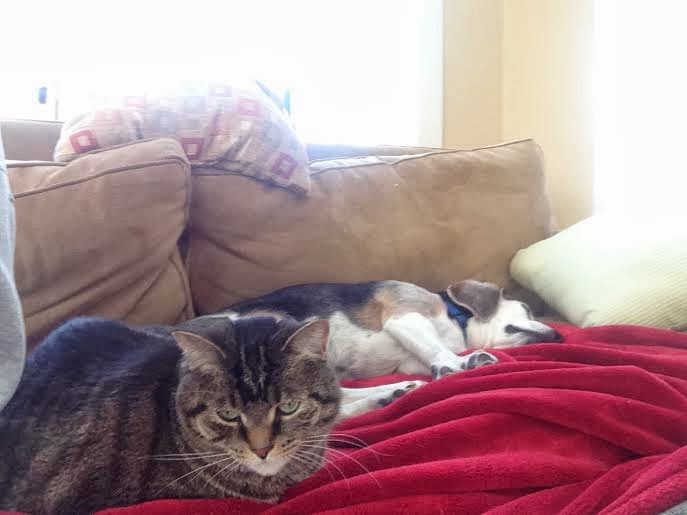 If Petey is stretched out (or passed out) on the couch, Sophie will join him almost immediately.

Pets are non-stop entertainment. Makes all the work involved in keeping them happy and healthy well worth it.

I second raybeard; plus, the love you get from a furkid is priceless.

When I bend down to snuggle with Sophie, I notice her paws always smell like Fritos. Someone else has said it about his dog. What about Petey?

Frito paws are caused by dog sweat. I happen to love the smell, but I'm so besotted by my dog that I like it when my clothes smell like him.
Nice job keeping Petey's nails short.

Sophie is just operating under "keep your friends close, and your enemies closer"

It really is sweet to see your two buddies get along with each other so well.