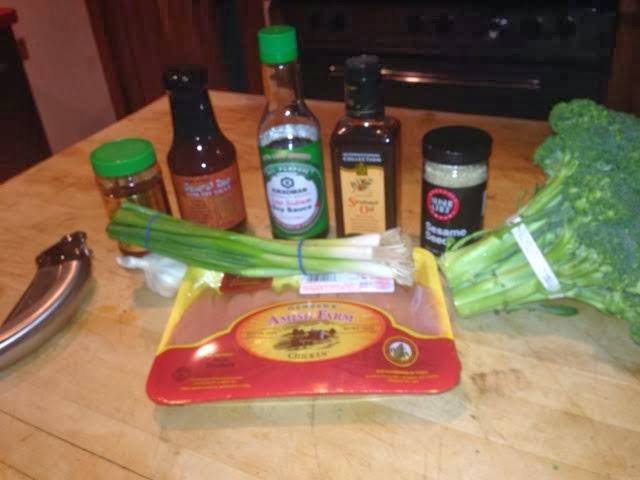 Is it really cooking if you use a prepared sauce?

I actually think I could make a better tasting sauce for General Tso's chicken.  I just need to figure it out.

But I had the chicken and broccoli, and I really fought the urge to make the pasta dish I like so much.

We also had the Gen. Tso's sauce, but of course, I can't leave well enough alone - can I?

I cooked the chicken in a little bit of sesame oil and garlic instead of olive or vegetable oil. I didn't use a lot because I didn't want to overpower with that flavour and I wasn't quite sure how it would mix

I then sauteed the broccoli (in olive oil), but near the end, I put about a tablespoon of soy sauce (low sodium, of course) in, just to provide more flavour (a definite win!).

After that, I just combined the meat and veggies together and added the bottled sauce. 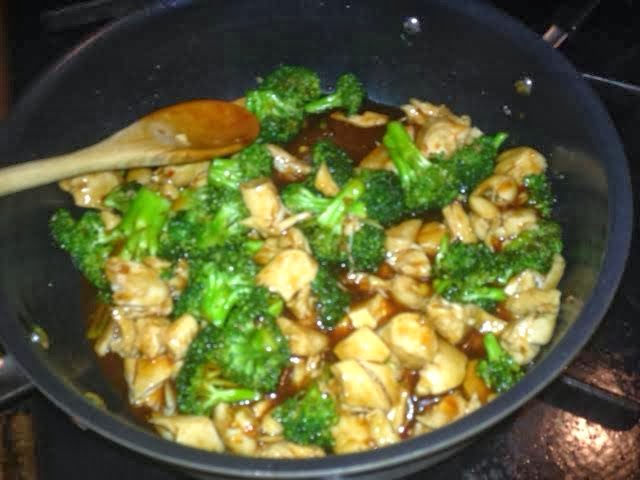 It all tasted pretty good - but I think I could do better on my own, given the time.

Some chopped scallions and toasted sesame seeds on top 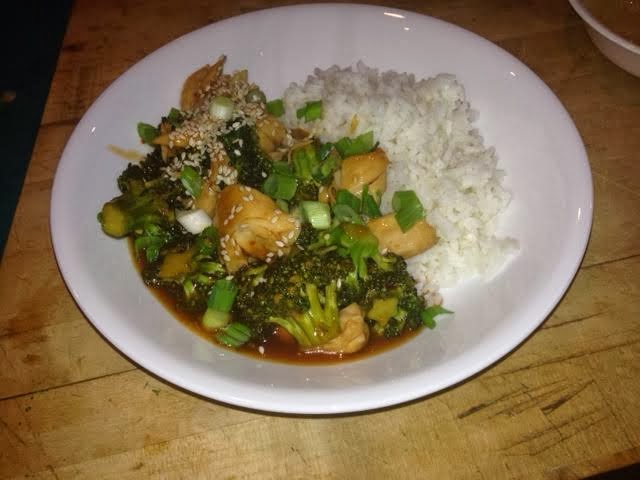 It actually looked more appetizing too. I swear it's the lighting and my photography with iPhone 5.

Still, it's just enough to give me the confidence to make it all from scratch next time.

I'll be right over for dinner!