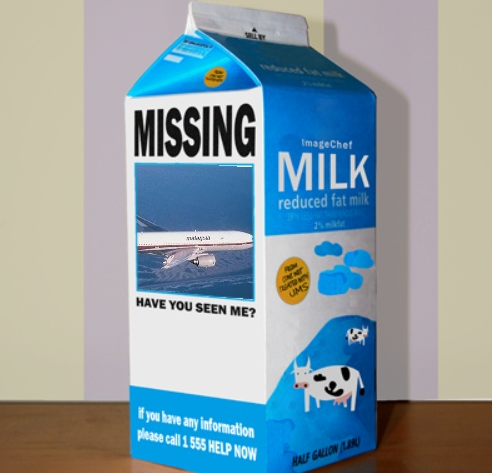 I have ignored posting anything on this Malaysian airline for almost two week now. Naturally, I opted to draft this right before they think they found debris.

Of course, like most folks, no one thought a missing Boeing 777-200 could just disappear for this length of a time.

As you've come to know me over the years, through these "pages", it would be no shock that airplane disasters would capture my interest.

One of those OCD things I did as a child was read every single book on the Bermuda Triangle. ...which seemingly doesn't seem to exist anymore, does it?  There are certainly no new books out about it - no new planes disappearing out of thin air..........well, until now. Though Malaysia is a long way from Bermuda.

Even a week ago, on social media, I made a "joke" about the situation being like the updated version of LOST.

Mind you, a number of folks chimed in hoping the ending would be more satisfying.

But like that frustrating show, I am guessing this story and ending are going to be just as convoluted, dissatisfying and debated upon years after the fact. And with this, there seem to be no Easter egg clues.

The only thing that seems to still be LOST is Matthew Fox's next acting gig.

There are no known answers to this mystery, but lots of guesses, including UFO abduction. I mean, c'mon, if that frickin' crazy-assed bitch, Courtney Love, is chiming in and claiming to know things about this plane and flight, then this is one fucked up situation.

I'll take Close Encounters over the lead singer of Hole.

Naturally, I have a few questions - none of which have been touched on that I can tell from the 24 news cycle - not that I have really been reading too much detail - because there isn't much detail. It's all speculation. The networks are busy trying to figure out the whens, wheres and whys of the current situation, not the bigger questions.

I love all of CNN's on-line headlines. They all end in a question mark:  WHAT HAPPENED? WHERE IS FLIGHT 370?   IS THIS IT?  WHAT DO SATELLITE IMAGES SHOW?

I'm not sure if it is supposed to be a headline or if they're truly asking, hoping one or more of their viewers to just help them fill in the blanks.  Or maybe it's a Sex in the City thing, where Carrie starts all her columns in an upward inflection.

All 24/7 new orgs are pointing fingers at everyone and none of it is panning out, just casting doubt on any one and every one's character. They've all become Nancy Grace: guilty until proven innocent.

So here are a few questions I have:
I guess the last one isn't really a question, but I'll be curious how and when my first two questions are ever addressed by the airlines, or national transportation safety.

As for the plane, maybe it was UFOs, or maybe an electromagnetic burst had the plane crash on a remote island with smoke monsters, wild boars and an endless supply of food and fresh water, and with beard trimmers you were forced to use every three days (for the males). Perhaps it is purgatory, perhaps not.

Song by: Dashboard Confessional
Posted by Blobby at 12:01 AM

All very strange. But it makes me wonder: a huge commercial airliner can apparently go off line and fly for thousands of miles with nobody noticing. That's just a tad scary, especially in the post 9/11 world.

I too wonder what became of the Berumda triangle. I guess thousands of cruise ships now go through it on a daily basis. Perhaps the aliens are just fed up with Carnival as is everyone else.

You seem to have a strange (jealousy? disapointed fanboyism?) problem with Matthew Fox, but he's wrapping a great acting gig in Budapest right now lol! "Welcome to Harmony" on imdb... & he prepares for another one in May or so. Cheers!
Cat